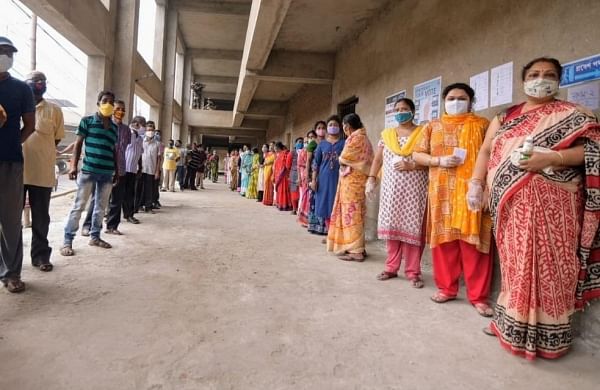 NEW DELHI: The Election Commission on Saturday put off assembly election to the Jangipur seat in West Bengal following the death of a Revolutionary Socialist Party candidate.

As per provisions of the Representation of the People Act, in case a candidate of a recognised party dies, the poll is put off to allow the party decide on a new candidate.

The new candidate gets to file his or her nomination and goes through the entire process of scrutiny of documents and the opportunity to withdraw nomination.

A commission spokesperson said, "Poll at 58 Jangipur AC in Murshidabad scheduled on April 26 stands adjourned due to death of RSP candidate.

" The Election Commission would announce a fresh poll schedule for the seat in the coming days, officials said.

Revolutionary Socialist Party candidate Pradip Kumar Nandi, who tested positive for COVID-19 four days ago, died at a hospital in Berhampore on Friday.

Nandi, 73, was the party's nominee from the Jangipur assembly constituency in Murshidabad district in the ongoing West Bengal assembly elections.