Rupee falls 19 paise to close at lifetime low of 80.98 against the US dollar 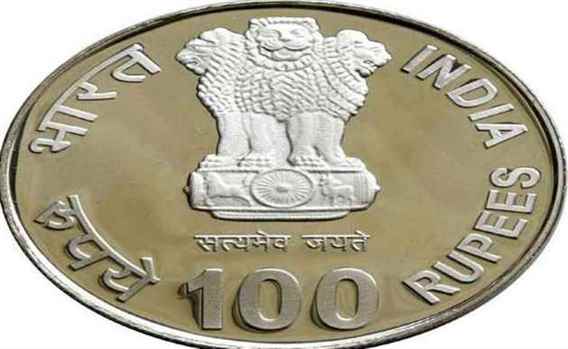 MUMBAI: The rupee slumped 19 paise to close at a fresh lifetime low of 80.98 against the US dollar on Friday, weighed down by the strong American currency overseas and risk-off sentiment among investors.

At the interbank foreign exchange market, the local currency breached the 81-mark for the first time ever and slumped to 81.23 against the American currency. It finally ended at 80.98, down 19 paise over its previous close.

On Thursday, the rupee plunged by 83 paise, its biggest single-day loss in nearly seven months, to close at 80.79, its previous record low. This is the third straight session of loss for the American currency during which it has lost 124 paise against the American currency.

Forex traders said escalation of geopolitical risk in Ukraine and rate hikes by the US Fed and Bank of England in a bid to contain inflation sapped risk appetite.

Further, the strength of the American currency in the overseas market, a negative trend in domestic equities, and risk-off mood amid escalation of geopolitical risk in Ukraine weighed on the local unit.

"Rupee fell to fresh all-time lows against the US dollar after the Fed raised rates earlier this week. Most of the currencies are under pressure as the dollar continues to strengthen," said Gaurang Somaiya, Forex & Bullion Analyst, Motilal Oswal Financial Services.

Somaiya further noted that volatility in Yen remained elevated after the Bank of Japan intervened to curb sharp depreciation. The Bank of England raised rates by 50 bps.

Foreign institutional investors were net sellers in the capital market on Thursday as they offloaded shares worth Rs 2,509.55 crore, as per exchange data.

Meanwhile, the dollar index, which gauges the greenback's strength against a basket of six currencies, advanced 0.72 per cent to 112.15. Global oil benchmark Brent crude futures fell 1.98 per cent to USD 88.67 per barrel.

Meanwhile, voting began on Friday in Moscow-held regions of Ukraine on referendums to become part of Russia. The referendums follow Russian President Vladimir Putin's order of a partial mobilisation, which could add about 300,000 Russian troops to the fight.

The balloting will continue for five days through Tuesday. The referendums, which have been widely denounced by Ukraine and the West as sham without any legal force, are seen as a step toward annexing the territories by Russia.