Sachin Pilot to campaign for Congress in MP Assembly bypolls 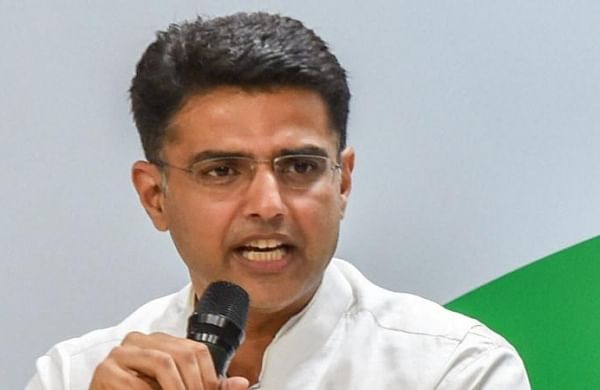 BHOPAL: The Madhya Pradesh Congress has roped in its Rajasthan leader Sachin Pilot to campaign for the party candidates in the by-elections for 28 Assembly seats in the state, a party spokesman said on Sunday.

Most of these seats are in the Gwalior-Chambal region, considered to be the bastion of Pilot's former party colleague Jyotiraditya Scindia, who is now a BJP Rajya Sabha member.

The Election Commission is yet to announce the schedule for bypolls in these 28 seats, which are lying vacant due to the resignation of 25 Congress MLAs and death of three sitting legislators.

He has readily agreed for it," state Congress spokesman Bhupendra Gupta told PTI. Pilot is familiar with Madhya Pradesh and its politics given that Rajasthan is a neighbouring state, he said.

During the by-election of Ratlam-Jhabua Lok Sabha seat in Madhya Pradesh in November 2015, Pilot campaigned for party candidate Kantilal Bhuria, who won the seat, he said.

Gujjars (who are called Gurjars in Madhya Pradesh) have an influence in 16 Assembly seats of Gwalior-Chambal region where bypolls are due.

Pilot, who belongs to the Gujjar community, will help to woo the voters during the bypolls, Gupta said.

In July, Pilot rebelled against Rajasthan Chief Minister Ashok Gehlot, but following intervention by the Congress central leadership, he returned to the party fold.

In March, 22 Congress MLAs, mostly of the Scindia camp, resigned from the party and their Madhya Pradesh Assembly membership.

This led to collapse of the Kamal Nath- led state government and cleared the way for the BJP to again come to power.

Scindia and his loyalists joined the BJP, with many of them becoming ministers in the Shivraj Singh Chouhan-led state government.