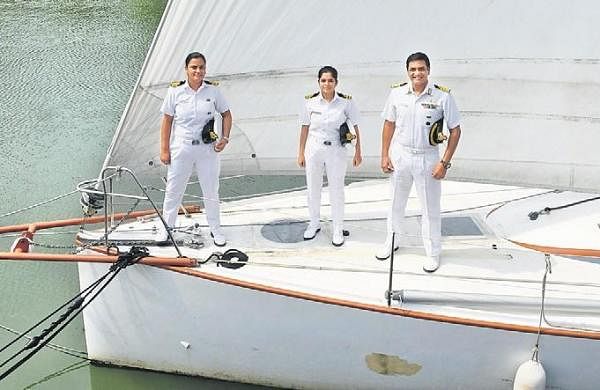 KOCHI: As India marks the 50th anniversary of the victory in the 1971 war with a year-long celebration from this month, what stands out is the phenomenal rise of Indian navy from a brown-water troop to a formidable blue-water force with an ability to send ships and smaller vessels into the deep oceans.From a small fleet of 15-20 ships, the Indian navy, which was instrumental in the victory over Pakistan, now commands a 100-plus armada.

The growing respect the Indian navy commands in the oceans was reflected when the Australian navy joined forces with the Indian navy in an international mission to rescue Commander Abhilash Tomy of the Indian navy in September 2018 when the solo skipper was injured seriously after his yacht was damaged in a storm off Western Australia during the round-the-world Golden Globe Race.

The adventure activities by the Indian navy in the seas, which lasts 30-40 days, have risen manifold in a move aimed at helping its officers understand first hand and manage the vagaries of nature, said Captain Atool Sinha who has — in the last four years — covered 22,000 nautical miles on ocean sailing vessels as small as 56 feet or 40 feet.

He said a’ blue-water navy’ can sustain itself only if the officers are trained on a first-hand basis.
“To understand the vagaries of nature, one has to be very close to nature. When you are out in the ocean and doing adventure activities, it inculcates a level of camaraderie. It allows us to make better decisions. It helps us in making ourselves more aware of nature and to understand its wrath, and deal with its elements as it occurs,” Captain Sinha told TNIE.

He has so far trained over 61 naval officers, including 17 women officers. Among the 17 are six officers who formed the all-women team that circumnavigated in a voyage that lasted 254 days, from September 2017 to May 2018, on INSV Tarini. Added Commander Tomy: “For generations, sailing has taught things that no school could teach. Maybe that’s the reason why the Indian navy gives so much importance to sailing.”

Besides small-boat sailing, the navy undertook three circumnavigations in the last 10 years exploring the far corners of the earth, he pointed out. That has put India in an exclusive club. “The Navy has used sailing to teach humility, courage, a sense of adventure, self-reliance, patience, character development, boat-handling and less-is-more,” said Commander Tomy.

Lt Commander Tulika Kotnala, officer-in-charge, Indian Naval Watermanship Training Centre, Mumbai, and Lt Surabhi Bhawsar, from INS Dronacharya, are two women officers who have benefitted from the training in sailing. The officers were part of the Indian navy’s Bay of Bengal sailing expedition early this year. “We went from Goa to Port Blair and back to Goa. Initially, the journey was proposed till Thailand. But because of Covid, it ended at Port Blair and we returned,” said Lt Commander Kotnala.

The two-boat expedition started in February and ended in early April. While Lt Surabhi was in INS Tarini, Lt Commander Tulika was in INSV Mhadei with a total of five crew members in each boat -- three men and two women officers. Capt Sinha said officers come for the training with a basic knowledge, but when they leave, they become confident of handling themselves in difficult situations.“We learn to rely on and communicate with each other, which are important, particularly when we have to become blue-water navy and operate between different nations.”