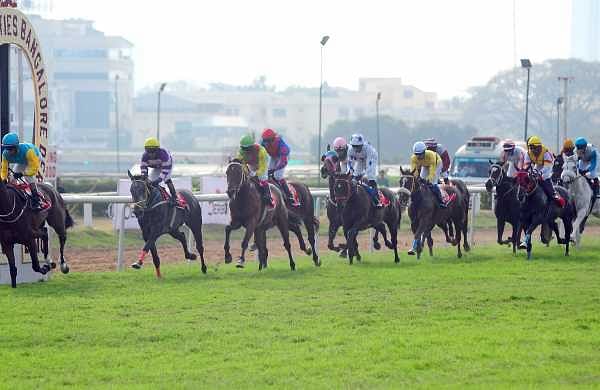 The ultra-conservative kingdom has in recent years invested heavily in sporting events, in a soft power push designed to project a more moderate image and jettison a reputation for rights abuses and the export of hardline ideology.

The Saudi Cup, expected to attract about 10,000 spectators, takes place at the King Abdulaziz Racetrack on February 29 with the main race run over 1,800m on a dirt track with a maximum field of 14.

The winner will walk away with USD 10 million, second place with USD 3.5 million and even the 10th place finisher will go away with something.

The Saudi Cup includes another seven races on dirt and turf with prizes worth USD 9.2 million up for grabs.

"We are taking the first steps on a journey to bring the domestic racing product on a par with our international counterparts," said Tom Ryan, director of strategy and international racing at the Jockey Club of Saudi Arabia.

The event will "increase the sport's following inside Saudi Arabia, as well as opening up the industry to international horses and connections to make our mark on global racing," he said.

Saudi journalist Mugbel al-Zabni, who writes for Arriyadiyah sports daily, said the event plays to Saudi culture, in a kingdom where the horse is considered a symbol of its heritage.

The Saudi Cup is set to take place in between its two predecessors as the world's richest race -- the Pegasus World Cup in the United States and the Dubai World Cup which are scheduled one month either side.

The Pegasus World Cup was the richest in the world in 2018 worth USD 16 million surpassing the USD 12 million Dubai World Cup, but it was only worth USD 9 million this year.

The Racing Post said that Nicola Currie is one of seven international female jockeys who will make history by becoming the first women to ride in a competitive race in Saudi Arabia.

Currie and her fellow female riders are to compete on Friday in a four race points-based challenge with seven male riders led by Dettori.

"We're delighted to welcome some of the best jockeys in the business to compete," the Post quoted Prince Bandar bin Khalid Al Faisal, chairman of the Jockey Club of Saudi Arabia, as saying.

"Racing routinely sees male and female riders compete on a level playing field and we are proud to continue this great tradition at King Abdulaziz Racecourse during Saudi Cup weekend." The Saudi Cup field is weighed more towards the United States entrants, who race on dirt more often than European racehorses.

A top contender is McKinzie, which was runner-up in the prestigious Breeder's Cup Classic last year, and trained by Bob Baffert who has an excellent record in the Dubai World Cup with three victories in total.

Another American runner Maximum Security won the Kentucky Derby last year but was then disqualified and has not shown much since.

The kingdom also hosted the Dakar Rally, one of motor racing's most gruelling adventure rallies, earlier this year as well as the Italian and Spanish super cup finals last year -- with the added attraction of football superstars Cristiano Ronaldo and Lionel Messi.

Activists accuse Saudi rulers of "sportswashing" -- using such events as a tool to soften their international image.

And in a country where two-thirds of the population is under 30, critics say the sporting drive is aimed at blunting public frustration over an economic downturn and soaring youth unemployment.

While Saudi women now have the right to drive, campaigners say jailed activists who spearheaded the push for a ban on the long-standing restriction have faced sexual harassment and torture in detention.

The brutal murder of journalist Jamal Khashoggi in Istanbul in 2018, the Saudi-led military intervention in Yemen and a sweeping crackdown on dissent have also dented the kingdom's reputation.

"The amount of money spent on those events is an investment in Saudi Arabia's PR campaign to improve its image that was tarnished by a number of policy missteps," said Yasmine Farouk, a Middle East expert at the Carnegie Endowment for International Peace.