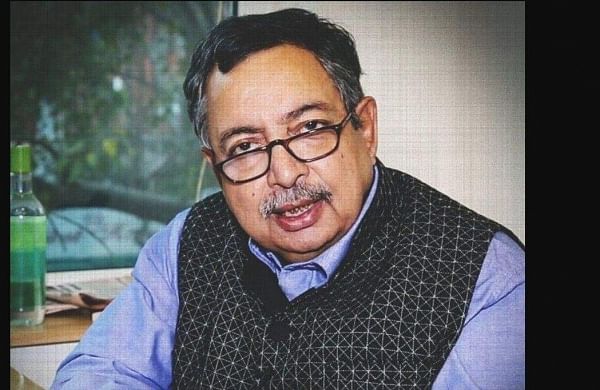 NEW DELHI: The Supreme Court Tuesday extended till July 15 the protection granted to senior journalist Vinod Dua from any coercive action in a sedition case filed against him by a local BJP leader in Himachal Pradesh over his YouTube show.

A bench headed by Justice U U Lalit, in a hearing conducted through video conferencing, restrained the Himachal Pradesh police from arresting Dua in the case and decided to hear the journalist's plea next Wednesday.

It also said that Dua, who has joined the police probe through virtual medium, is not required to answer supplementary questions of police in the case.

Earlier, the top court had assembled on a Sunday and had granted protection from arrest to Dua till "further orders" in the sedition case.

An FIR against Dua under IPC provisions for offences of sedition, public nuisance, printing defamatory materials and public mischief was lodged by BJP leader Shyam at Kumarsain police station in Shimla district on May 6 and the journalist was asked to join the probe.

Shyam has alleged that Dua, in his programme, accused Prime Minister Narendra Modi of using "deaths and terror attacks" to get votes.

Shops, malls, offices and business establishments here will be forced to shut for three days if they fail to comply with the COVID-19 prevention guidelines and ensure that visitors follow the norms as well, a district official said on Tuesday.

As per an order issued by Bhopal district collector Avinash Lavania, violators will have to work as "corona warriors" at check posts, fever clinics and carry out coronavirus-related awareness work.

The decision was taken after reports about establishments violating the COVID-19 guidelines and protocols started emerging, the official said.

Teams of officials have been constituted to monitor such violations, he said, adding that the order came into effect on Tuesday.

If owners or management of offices, malls, shops, places of worship etc fail to comply with COVID-19 protocols and ensure that the same was followed by visitors, they will have to work as "corona warriors" at check posts, fever clinics or in awareness campaigns, the official said.

Apart from this, the concerned establishments would be shut for three days and violators will also have to pay prescribed fines for different violations, he said.

Earlier, the district administration in Gwalior on Monday had ordered that citizens who step out without masks or violate other precautionary guidelines at public places will have to volunteer at hospitals and police check posts for three days.