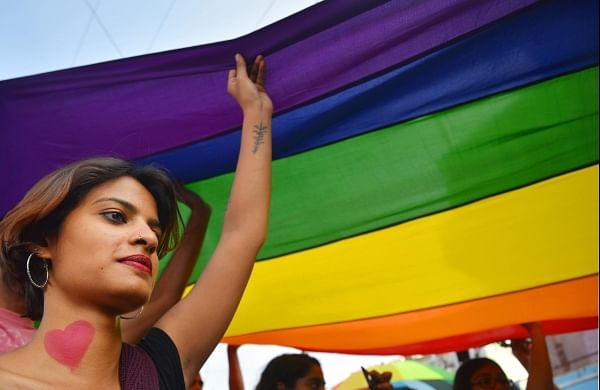 NEW DELHI: The Supreme Court Friday sought the Centre's response on a PIL challenging the Constitutional validity of a provision of law dealing with transgender people and seeking a direction to provide severe punishment for offences against them.

"Issue notice (to the ministry of social justice and empowerment) and tag along with the other (pending) petition," said a bench comprising Justices L Nageswara Rao and B R Gavai after hearing brief submissions from the lawyer for the petitioner.

The PIL referred to section 18 of the Transgender Persons (Protection of Rights) Act, 2019 and said that it provided lesser punishment for offences against transgender people.

"Whoever," (a) compels or entices a transgender person to indulge in the act of forced or bonded labour other than any compulsory service for public purposes imposed by Government; (b) denies a transgender person the right of passage to a public place or obstructs such person from using or having access to a public place to which other members have access to or a right to use;

(c) forces or causes a transgender person to leave household, village or other place of residence; and (d) harms or injures or endangers the life, safety, health or well-being, whether mental or physical, of a transgender person or tends to do acts including causing physical abuse, sexual abuse, verbal and emotional abuse and economic abuse, shall be punishable with imprisonment for a term which shall not be less than six months but which may extend to two years and with fine," reads the provision.

The plea has sought classification of offences against transgender persons and setting of penalties in accordance with the provisions of the Indian Penal Code, the Bonded Labour (System Abolition) Act and The Scheduled Caste and Scheduled Tribe (Prevention of Atrocities) Act.

The provision on punishment for serious offences against transgender people is substantially less severe than for the same crimes committed against others as defined in the IPC.