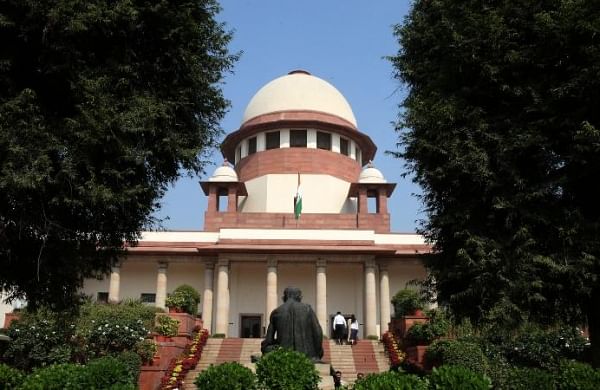 NEW DELHI: The Supreme Court on Wednesday stayed the orders of the Tripura High Court on a PIL challenging the grant of security cover to industrialist Mukesh Ambani and his family members in Mumbai.

A vacation bench of Justices Surya Kant and JB Pardiwala issued notice to the PIL petitioner before the high court on the Centre's plea by which it had challenged the two orders of the high court dated May 31 and June 21.

"Issue notice that is returnable on July 21. Meanwhile, implementation of orders dated May 31 and June 21 shall remain stayed," the bench said in its order.

Solicitor General Tushar Mehta, appearing for the Centre, said further proceedings before the high court on the PIL shall also be stayed as Tripura has nothing to do with the security of individuals provided in Mumbai. He said if the proceedings are not stayed, then again he will have to knock on the doors of the top court.

The bench told Mehta, "When we have stayed the orders of the high court do you think there will be a need for you to come here. Even if the need arises, we are here."

At the outset, the bench asked Mehta as to what happened before the High Court as the matter was listed on Tuesday.

Mehta said that the bench of the High Court was not available on Tuesday and hence no further date of hearing was given as of now. The top court then pronounced the order.

The Tripura High Court had on a PIL filed by one Bikash Saha had passed two interim orders on May 31 and June 21 and had directed the Central Government to place the original file maintained by the Ministry of Home Affairs (MHA) regarding threat perception and assessment report of Ambani, his wife and children based on which security has been granted to them.

Mehta had earlier said that the high court has no jurisdiction to entertain the PIL as the state government has nothing to do with the security cover provided to the Ambanis by the Centre on the recommendation of the Maharashtra government.

The Centre in its appeal has said that vide the said orders, the High Court has also directed the Central Government to depute a responsible officer to appear before the Court with the original record, in a sealed cover, on the next date of hearing on June 28, 2022, for consideration of the Court.

"It is respectfully submitted that the aforesaid order has been passed by the High Court in a PIL filed by an individual person who had no locus in the matter and was just a meddlesome interloper, claiming himself to be a social activist and student by profession," it has said.

The government has said that in the thoroughly "misconceived, frivolous and motivated" PIL Petition, where no violation of any fundamental right was even pleaded, the High Court has sought to exercise its judicial review jurisdiction over a decision, which has been taken by trained experts on public order, individual and national security.

"Thus, in the respectful submission of the Petitioner, the very indulgence of the High Court to judicially review the decision of the Central Government to provide security cover to some of the respondents suffers from patent and manifest errors of law and is perversely requiring interference of this Court," it has said.

"It was also pointed out to the High Court that both the security covers to Respondents 2 & 3 were given on the basis of inputs and assessment reports received from intelligence and investigation units and the expense for giving such security was also duly borne out by the said two Respondents," it has said.

The government has further pointed out to the High Court that, Respondents 4 to 6 (Akash Mukesh Ambani, Anant Mukesh Ambani, and Isha Mukesh Ambani) were not granted any central security cover and as such the writ petition qua them was frivolous.

The government has said that while entertaining the PIL petition the High Court had failed to appreciate that Mukesh Ambani and his families were neither residents of Tripura nor any part of the cause of action remotely arising from Tripura existed.

"Thus, the High Court had no territorial jurisdiction or subject matter jurisdiction over the matter. It is further submitted that the Respondents 2-6 (Mukesh Ambani, his wife, and children), admittedly are residents of Mumbai, and the place where the decision-making process of whether to provide them with security or not was taken, inter-alia, is in New Delhi. Therefore, the territorial jurisdiction of the state of Tripura was completely alien to the subject matter of the petition," it has said.

The government has said that despite the same the High Court has directed the production of the original file regarding the threat perception and assessment report of the said Respondents for access when it had no territorial jurisdiction or any legal basis to make such an order.

"Therefore, the interim orders passed by the High Court are complete without jurisdiction and unsustainable in the eyes of law and thus liable to be set aside," it has said.