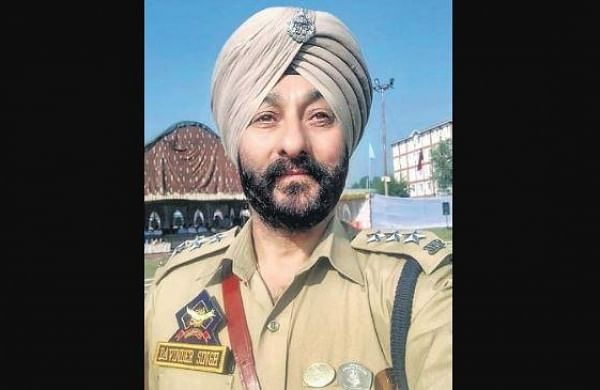 SRINAGAR: Searches continued for a fourth day on Tuesday at the residence of J&K police officer Davinder Singh who was arrested for ferrying two Hizbul Mujahideen terrorists, officials said.

They said the searches were conducted at Singh's Indiranagar residence and an under-construction house of the officer in the same locality.

"Some documents have been seized during the searches," an official said, but refused to divulge details.

The officials said Singh was living in the house of a relative where he had allegedly kept the two militants overnight before he was nabbed by police in Kulgam district on Saturday.

In a swift operation, police had arrested Singh, a deputy superintendent of police, at Mir Bazar in Kulgam on Saturday, along with Hizbul Mujahideen terrorists Naveed Baba, a district commander of the banned outfit, and Altaf.

A lawyer, who was working as an overground worker for terror outfits, was also arrested.

The police officer is being questioned by sleuths of various security and intelligence agencies.

Singh, who was in line for promotion as a superintendent of police later this month, was posted at the anti-hijacking unit at the Srinagar airport.

He was under the radar of the police when the plan was being hatched to smuggle out the terrorists, an official had earlier said on the condition of anonymity.

Singh's name had also surfaced during investigations into the 2001 Parliament attack after convict Afzal Guru had alleged his role.

The probe, however, was in Singh's favour.