Second COVID-19 death in a day in Uttar Pradesh, 72-year-old dies in Meerut 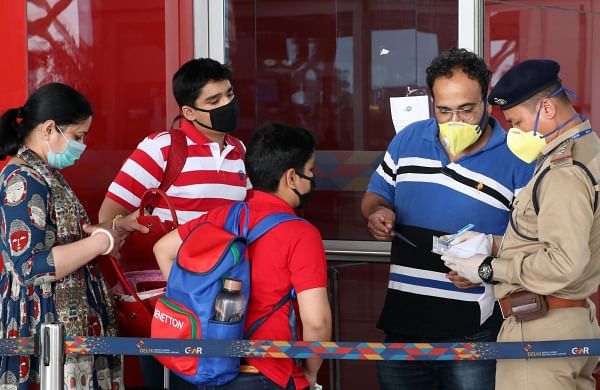 LUCKNOW: Uttar Pradesh, which had no COVID-19 deaths until Tuesday night, suddenly has two on Wednesday.

The state reported its second COVID-19 death when a 72-year-old patient who had tested positive for the virus on March 29 succumbed to complications in Meerut on Wednesday afternoon. This follows the death reported from Gorakhpur in the morning.

The person who died in Meerut was the father-in-law of the 50-year-old man who had
tested positive for the virus on March 27. He was the primary source of the infection for 16 members of his family after returning from Amarawati in Maharashtra last Friday.

The 72-year-old man who died in Meerut on Wednesday was under treatment at Meerut Medical College with other members of his family. Meerut DM Anil Dhingra
confirmed the death of the patient.

Meanwhile, as per Meerut Chief Medical Officer Dr Raj Kumar, one of the three
brothers-in-law of the primary source is also critical.

Earlier in the day, the test report of a 25-year-old youth belonging to Basti district turned out to be positive for the coronavirus, 48 hours after his death on Monday night at BRD Medical College in Gorakhpur.

The youth was admitted to the BRD Medical College on Sunday with chest infection and sore throat. As per sources, suspecting it to be a COVID-19 case, his sample was sent by doctors at BRD Medical College to King Georges’ Medical University (KGMU) Lucknow for a coronavirus test.

While his sample reached KGMU on Tuesday, he succumbed to the illness late on Monday night only to be tested positive for the deadly virus when his report
came on Wednesday morning.