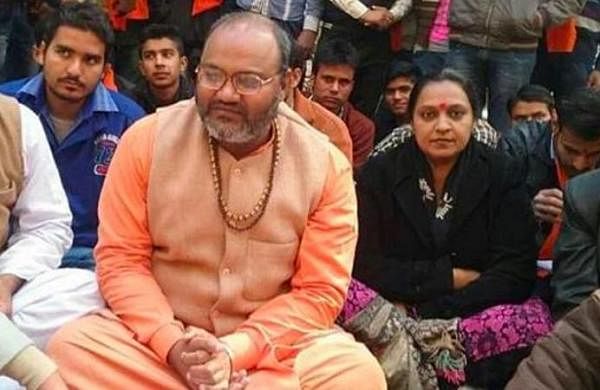 DEHRADUN: After Dharam Sansad organiser Yati Narasimhanand was remanded by a lower court in Haridwar on Sunday, seers have decided to organise another Dharam Sansad in Aligarh on January 22 and 23 and later in Parayagraj in UP.

The seers have also said they will protest against the arrests of Jitendra Narayan Tyagi and Yati Narsinghanand in the Haridwar hate speech case. Swami Anand Swaroop, one of the organisers of Dharam Sansad in Haridwar last month, said, “All preparations for Dharam Sansad in Aligarh have been completed. Preparations are also on for the Prayagraj event. We are not going to stop until India is declared a Hindu nation.”

Meanwhile, police registered cases against five seers protesting on Ganga ghat against the arrests of Jitendra Tyagi and Yati Narasimhanand.

The five are the members of the ‘core committee’ of the Dharam Sansad — Swami Anand Swaroop, Prabodhanand Giri, Sagar Sindhuraj, Amritanand and Shivanand.

Meanwhile, fresh charges have been slapped on Yati Narsinghanand for abusing a journalist and photographer after being offended by a question they had asked during an interview.

The fresh charges were slapped on the Dasna temple head priest on the basis of a complaint filed by a journalist, Haridwar city SHO Rakinder Singh Kathait said.