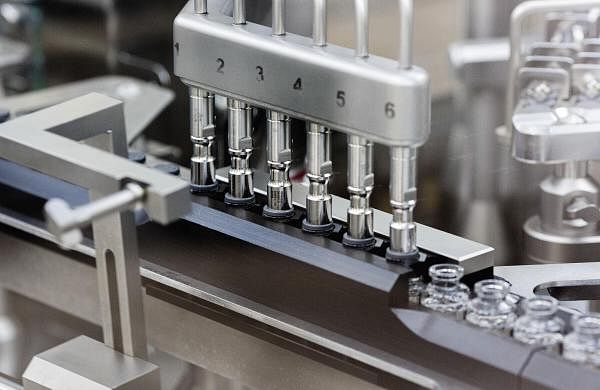 NEW DELHI; With a vaccine still a long distance away, efforts to repurpose old medications used for other ailments provide hope of an early counter to COVID-19, say scientists, placing the antiviral remdesivir on top of the list of possible contenders.

As COVID-19 continues its spread -- crossing 5.2 million cases and 3,38,000 fatalities on Saturday -- several categories of drugs are under clinical trial. Of them, remdesivir, which initially went into trials for treating the deadly Ebola virus five years ago, has shown promise by modestly speeding recovery from COVID-19, experts said.

More than 130 drugs are under experimentation to treat COVID-19, some may have the potential to stop the virus while others may help calm overactive immune responses that damage organs, according to a tracker maintained by the Milken Institute, an independent economic think tank in the US.

"Right now, there is only one effective approach - which is to repurpose already approved drugs for other diseases if they can be used for COVID-19. One example is remdesivir," Ram Vishwakarma, director of the Indian Institute of Integrative Medicine, CSIR, Jammu, told PTI.

Remdesivir is helping people recover faster, and is lowering the death rate among critically ill patients, Vishwakarma said, adding that it can be life-saving. "We do not have time to develop new drugs. New drug development takes five-10 years so we are using existing drugs and conducting clinical trials to find if any of them are effective," Vishwakarma said.

He explained that some molecules available for treating diseases like HIV or other viral infections can be quickly checked against the novel coronavirus. If found effective, they can be used against COVID-19 with the appropriate approval from drug control bodies.

When drug company Gilead Sciences sought to begin clinical trials for remdesivir to treat the novel coronavirus, it immediately got approval from the US FDA.  According to Vishwakarma, the other drug showing promise is favipiravir, a broad-spectrum antiviral approved in Japan, which is also under clinical trials for its effectiveness against COVID-19. India is also playing its role.

CSIR is conducting clinical trials for favipiravir, remdesivir and an anti-inflammatory drug called colchicine, which is commonly used to treat gout, said Vishwakarma. "A number of drug trials are happening in India, which we are doing with pharmaceutical companies," Vishwakarma said.

Of the drugs under trial, remdesivir has shown the most promising results, agreed Subhabrata Sen, professor at the Department of Chemistry in Shiv Nadar University in Uttar Pradesh.  Sen, whose lab is involved in the discovery of biologically active molecules, told PTI that some of the drugs being tested are antivirals, and some are anti-malarials and antibiotics.

Of the antivirals in the tracker list, some are new molecules under trial, whereas others are old drugs being repurposed and tested for their effectiveness against COVID-19. Remdesivir, according to a study published in the New England Journal of Medicine in April, mimics the genetic material of the coronavirus. When the virus copies its RNA or genetic material, the drug replaces some of the pathogen's building blocks.

According to the authors of this study, the drug prevents new virus copies from being produced. Preliminary results had shown that patients who received remdesivir had a 31 per cent faster time to recovery than those who received placebo.

However, another study published in the journal Lancet in April cautioned that interpretation of these findings is limited since the remdesivir study was stopped early after the scientists were unable to recruit enough patients due to the steep decline in cases in China.

The authors of the Lancet study concluded that more evidence from ongoing clinical trials is needed to better understand whether remdesivir can provide meaningful clinical benefit. There are other drugs being tested too. Some drugs developed to treat HIV, such as lopinavir and ritonavir, are also being tested to cure COVID-19, Vishwakarma said.

But these, too, were early findings, observed only in patients with mild to moderate illness, so the scientists behind the study stressed the need for larger trials to examine the effectiveness of this triple combination in critically ill patients.

Another study published last month in the journal Science noted the effectiveness of two small molecule drug candidates named 11a and 11b which could block the SARS-CoV-2 M protease enzyme, which the virus uses to make copies of itself.

The molecules could stop the virus from replicating in monkey cells, and have been found safe for administration in rats and beagles, with the study concluding that both the drugs warrant further studies. Scientists have also tested the effectiveness of therapies involving the use of antibodies that can bind to some parts of the virus, and block their entry into host cells.

In a study, published last month in the journal Cell, scientists reported that antibodies derived from the immune system of the South American mammal called llamas can block the entry of the novel coronavirus into host cells.

This study found that llamas, which belong to the same category of mammals as camels, produce special kinds of antibody molecules that bind tightly to a key protein on the novel coronavirus.   However, the scientists believe its efficacy is yet to be proved in human clinical trials.

Using a single-cell genomics method, the researchers could rapidly identify antibodies from convalescent plasma, a component of patients' blood. When the researchers tested these antibodies in mice, they found that some of them could neutralise the virus.

Another team from the University of Washington in the US found recently that a combination of antibodies, including those from a patient who had recovered from the 2002-03 SARS pandemic virus infection, can effectively block the novel coronavirus.

One of these molecules, named S309, showed particularly strong neutralising activity against SARS-CoV-2, they said, adding that it can act in combination with another, less potent antibody that targets a different site on the virus. However, these results too are yet to be validated in human clinical trials.

Among other therapeutics currently under trial or in use, Sen said US President Donald Trump's "game changer" drug hydroxycholoroquine was promising "until it demonstrated serious side effects in the form of cardiovascular complications", rendering it ineffective.