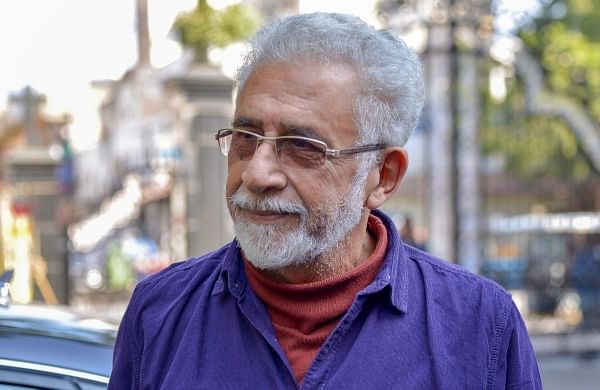 NEW DELHI: Days after the All India Muslim Personal Law Board called for enactment of an anti-blasphemy law, a group, including the likes of lyricist-poet Javed Akhtar and actor Naseeruddin Shah, strongly opposed the demand and underlined that there can be no place for a law criminalising blasphemy in a secular state.

Earlier this week, the AIMPLB had drawn the government's attention towards insult of Prophet Muhammad by "some mischievous persons", and lamented that the government failed to take any step, which could possibly act as a deterrent.

It had demanded punishment to those, who showed disrespect to the holy figures, from the government, and also a legislation to tackle the issue.

In a statement, Indian Muslims for Secular Democracy (IMSD) said it strongly opposes the "unconstitutional demand" of the AIMPLB and some other organisations for an anti-blasphemy law in India.

"We condemn the constant attempts by certain hate factories of Hindutva which are working overtime to demonise Islam and Muslims," the statement said However, IMSD fully supports the principle that in a secular state there can be no place for a law criminalising blasphemy, it said.

The IMSD statement has been endorsed by nearly 400 "secular Indians", it added.

The signatories to the statement include the likes of Akhtar, Shah, actor Shabana Azmi, documentary filmmaker Anand Patwardhan and film writer Anjum Rajabali.