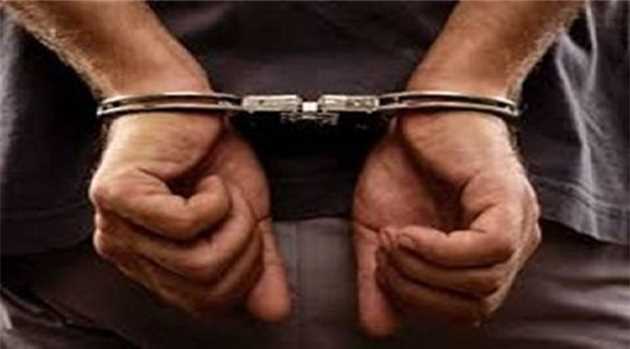 NEW DELHI: In another major crackdown on the Popular Front of India (PFI), police along with other investigative agencies conducted raids across several states on Tuesday.

The raids are underway in Assam, Karnataka, Madhya Pradesh, Delhi, Maharashtra and Uttar Pradesh. Police have arrested 25 PFI activists in a fresh crackdown in Assam.

"Our operation against PFI is on in many parts of the district," Hitesh Ch. Roy said. Earlier, Assam Police arrested 11 leaders of workers of PFI from various parts of the state and one from Delhi.

In Uttar Pradesh, the state's ATS and the UP Special Task Force took more than a dozen PFI leaders into custody in raids across the state, informed police sources. Similarly, in Maharashtra, various persons linked with the organisation were arrested.

The Thane Police informed that its crime branch has arrested four people associated with PFI. The Nashik Police also arrested two persons liked with the organisation. Both the arrested persons will be produced before the court later today.

One of the two persons, identified as Mohammed Irfan, according to the Nashik Police, was earlier booked for holding an illegal rally in May this year. Raids are underway in Malegaon town also.

The UP Police Special Task Form (STF) also arrested one person on Monday. The STF arrested a person identified as Abdul Majeed from the Vibhutikhand bus stand from Lucknow under the Unlawful Activities (Prevention) Act, 1967 (UAPA) when he was trying to leave the city, police said.

Earlier, the Karnataka unit of the Social Democratic Party of India (SDPI), a political wing of the Popular Front of India, on Monday condemned the raids conducted by the National Investigation Agency against its members, and asked why the central agency had not yet conducted raids on the Rashtriya Swayamsevak Sangh (RSS) and its affiliated organizations for "acts of communal hatred".

The NIA had arrested over 106 members of the PFI during its largest-ever raids spread across 15 states on September 22.

Terming the NIA raids as a "ploy" to suppress a "strong voice", the SDPI leader claimed that the government could not prove a single case against the political outfit.

"This is a ploy to suppress a strong voice. They have tried this for years, but they couldn't prove a single case against SDPI. However, the communal fascist government is constantly carrying out such attacks to create hatred among the people against SDPI and PFI organisations," the SDPI leader said.

"The biggest dangerous organisation in this country is RSS and its organisations like Bajrang Dal, Vishwa Hindu Parishad, Sri Ram Sena, etc. They are involved in acts of communal hatred. But they are never attacked by NIA," the SDPI leader alleged.

The PFI was launched in Kerala in 2006 after merging three Muslim organizations floated after the Babri Masjid demolition in 1992 - the National Development Front of Kerala, Karnataka Forum for Dignity and Manitha Neethi Pasari of Tamil Nadu. After the demolition of the Babri mosque, many fringe outfits had surfaced in south India and PFI was formed after merging some of them.

Five PFI activists have been arrested from the Kottayam and Kollam districts of Kerala for allegedly engaging in violent activities during the state-wide hartal called by the organisation on September 23 pursuant to nation-wide raids on their offices and arrests of their leaders.

Four activists of the PFI were arrested from Kottayam on Monday for breaking the glass of a bakery and damaging a KSRTC bus, police said. From Kollam, a PFI activist was arrested on Monday for allegedly ramming into a police motorbike with his two-wheeler in his bid to escape the clutches of the police personnel.

The police were trying to catch him as he was allegedly intimidating and abusing those present along the Kottiyam-Pallimukku stretch of national highway 66 on September 23, they said.

In Udupi district, the police have taken four people in custody in connection with various cases. The raids were conducted at Hoode, Gangolli and Byndoor in the district. The detained persons are from Byndoor. (AIR NEWS)