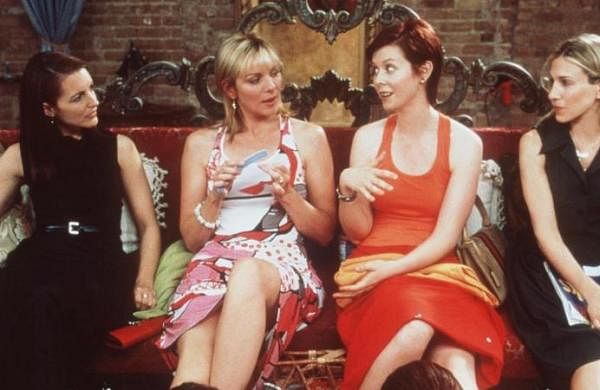 NEW YORK: Candace Bushnell, whose novel "Sex and the City" inspired the popular HBO series, says the show was meant to be for "entertainment" and not serve as a guide for women to live by.

The writer also addressed a well-known but less discussed fact that the small screen adaptation was "not very feminist at the end".

"We never talk about this, but that's something that women need to think about: You can do a lot less...when you have to rely on a man. The TV show and the message were not very feminist at the end. But that's TV. That's entertainment. That's why people should not base their lives on a TV show," Bushnell told New York Post in an interview.

The film adaptations were released in theatres in 2008 and 2010, respectively.

The book itself started as a confessional dating column that ran in the New York Observer from 1994 to 1996.

Bushnell also dispelled the glorified idea of 'Mr Big' -- the now-famous archetype of the elusive, attractive and successful metropolitan man, played by Chris Noth in the franchise, who is later shown married to column writer and one of the four protagonists Carrie Bradshaw (Sarah Jessica Parker).

"The reality is, finding a guy is maybe not your best economic choice in the long term. Men can be very dangerous to women in a lot of different ways," the author said.

Now, HBO is bringing back cast members Parker, Cynthia Nixon, and Kristin Davis from the original series for a new 10-episode revival series of "Sex and the City" which will follow the life and friendship of the trio in their 50s.

Kim Cattrall, who famously played Samantha Jones in the original "Sex and the City" series and the two film adaptations, is not returning for the new show.

"I absolutely love Kim. But it seems she wants to do other things, and she doesn't feel like doing the show. Maybe she doesn't want to be that character anymore," she added.

The author said though she doesn't "know anything about what the new show's going to be about", she is looking forward to it.

"HBO's going to make money on it. They're going to exploit it as much as they can. They rebooted 'Gossip Girl'. If they didn't reboot 'Sex and the City', it would be really strange."

Bushnell is currently preparing to star in her one-woman, off-Broadway show, "Is There Still Sex in the City?", based on her latest book.