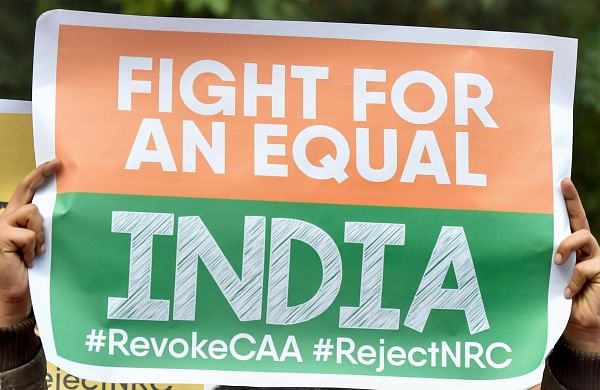 NEW DELHI: The Students' Federation of India (SFI) has moved the Supreme Court challenging The Citizenship (Amendment) Act, 2019, claiming it is "discriminatory" in nature and is "destructive" for the core principles of Indian constitutionalism.

The CAA, which was notified on January 10, grants Indian citizenship to non-Muslim minorities -- Hindu, Sikh, Buddhist, Jain, Parsi and Christian -- who migrated to India from Afghanistan, Pakistan and Bangladesh till December 31, 2014, following persecution over their faith.

In its plea, the SFI has sought to declare the CAA "violative" of the Indian Constitution, saying "explicit preference to certain religious groups to the exclusion of others can never, in the Indian constitutional scheme, constitute a valid and reasonable classification meeting the test of Article 14 (equality before law) of the Constitution".

Besides, the plea has sought to strike down certain provisions of The Passport (Entry into India) Act, 1920 and The Foreigners Act, 1946, claiming that they are violative of the Constitution.

"Student members of the petitioner (SFI) are immensely disturbed by the enactment of The Citizenship (Amendment) Act, 2019 and view it as being destructive of core principles of Indian constitutionalism," the plea said.

It said that the Centre, despite being fully aware of the "protests and disaffection among the masses" with the CAA, has categorically and unequivocally reiterated its position and stated that there is no question of repeal or amendment of this statute.

"The Citizenship (Amendment) Act, 2019 is violative of Article 14 of the Constitution since it discriminates only on the ground of religion, inasmuch as identically situated persons who face persecution in India's neighbourhood stand excluded from the beneficial embrace of the act only because they do not fall within the six religious communities listed in the Act," the plea said.

On December 18, 2019, the top court had issued a notice to the Centre and sought its response by the second week of January on a batch of pleas challenging the CAA's legality.

The apex court had fixed January 22 for hearing several anti-CAA petitions, including those filed by the Indian Union Muslim League (IUML) and Congress leader Jairam Ramesh.

Later, Kerala government became the first state to challenge the CAA in the Supreme Court.