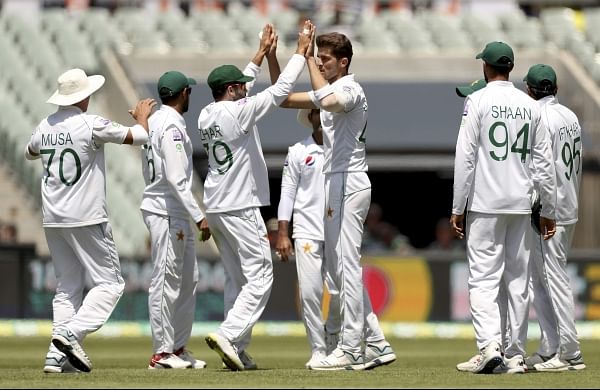 Pakistan legend Wasim Akram has taken a dig at the fielding of the Pakistani players against Australia during the second Test at Adelaide.

Pakistan was sloppy in the field as some players aided Australia's onslaught with misfields and a careless display. Australia went on to pile up 589/3d, with David Warner becoming the eighth Australian to break into the elite 'triple centurion club'.

Akram wasn't impressed with Pakistan’s effort in the field and let his feelings be known while commentating during the Test. “Shaheen Afridi was in la-la land at fine leg,” Akram said. “Yasir Shah and Shan Masood were probably yawning. That’s the problem with Pakistan cricket. They should be on the ball.”

“Nobody was backing up and you as a fielder, it doesn’t matter how inexperienced you are, you set yourself, new batsman in, they just came out, I’ll probably start five-ten yards inside the boundary line not on the boundary,” he added.

Warner surpassed one of the great Donald Bradman’s records at the Adelaide Oval with a boundary to bring up his 300 against Pakistan, then whacked a six off Mohammad Abbas to break the record for the highest score in a day-night Test.

Warner’s 37th boundary of the innings took him past Bradman’s 299 not out against South Africa in 1931-32 as the highest Test score at the Adelaide Oval, which for a long time was Bradman’s home ground.

(THE NEW INDIAN EXPRESS)
216 Days ago