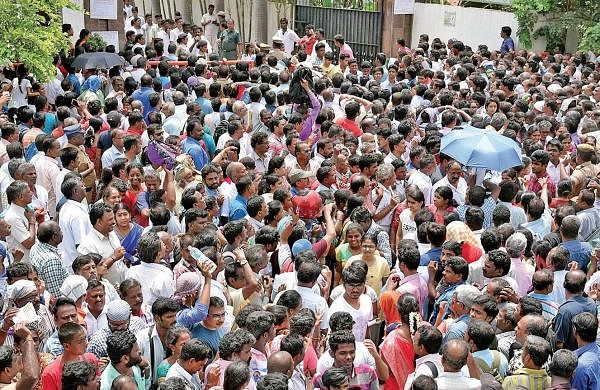 NEW DELHI: There was a significant drop in the number of candidates who registered for the National Eligibility-cum-Entrance Test (NEET) in some regional languages, but a significant increase in those writing the paper in Tamil and Bengali.

The sharpest drop was seen in the number of students writing the test in Marathi and Odia this year. In 2020, only 822 students registered for the examination in the language, making it the least preferred. Last year, 31,490 students had opted for it.

The test, whose results came out on Friday, is held in 11 languages, including English, Hindi, Urdu and eight regional languages. In fact, NEET (Undergraduate) is the only professional examination in which the test is conducted in many national languages.

Gujarati was the preferred language for nearly 60,000 candidates while Marathi saw only 6,258 opting for it this time. The number of students with Kannada as the language of choice for the test also saw a reduction by nearly half.

Overall, out of over 15 lakh students who had registered for the highly competitive entrance test, over 91 per cent or 1,46,7672 preferred the test in English and Hindi with 79.08 per cent opting for English. There was, however, a marginal rise in the number of students opting for Hindi compared to the last year.