Shashank Manohar must check damage to BCCI done during his stint in ICC: Ex-secretary Niranjan Shah 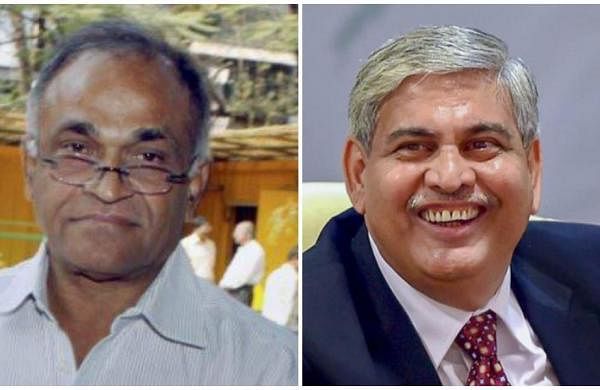 NEW DELHI: Former BCCI secretary Niranjan Shah has said that Shashank Manohar stepping down as ICC Chairman was rather obvious and he must now look back and evaluate what he did during his time at the helm.

"Shashank Manohar stepping down as Chairman of ICC was rather obvious. Shashankji must be having mixed feelings from what could have been done for the promotion of cricket at international level and what was done to cricket of India during his tenure.

"In the relaxed phase now he may evaluate his tenure as Chairman of ICC and also as of BCCI that has been the platform. He may appraise what damage was done to Indian cricket and BCCI during his tenure; forgetting that cricket and cricket fans of India have given utmost popularity to the game; and also how much revenue and fame cricket of India has brought to the world of cricket," he said.

Shah further stated: "BCCI went through much turmoil in last couple of years. And ICC during these years took undue advantage to damage cricket of India and BCCI in all possible manner. However, I am fully confident that present strong and worthy leaderships of BCCI shall have strong, beneficial and constructive representation and initiatives at ICC."

Reacting to the turn of events, former BCCI Treasurer Anirudh Chaudhry told IANS that the development is purely on account of the increasing clout of the BCCI at the ICC and the apprehension that Atlas might shrug.

The ICC in its statement on Wednesday said: "ICC Chairman Shashank Manohar has stepped down after two, two-year tenures at its helm. The ICC Board met today and agreed that Deputy Chairman Imran Khwaja will assume the responsibilities of the Chairperson until a successor is elected.

"The process for the Chairperson election is expected to be approved by the ICC Board within the next week."