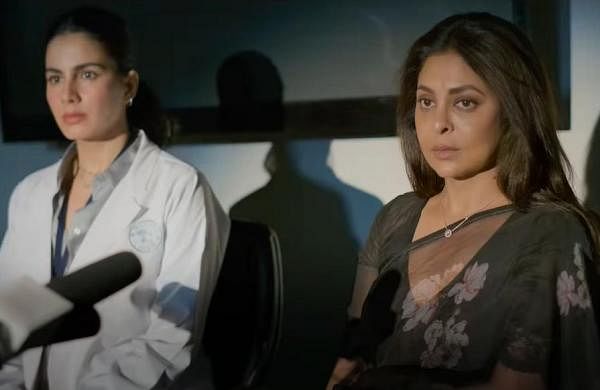 BENGALURU: How does a critically-acclaimed actor like Shefali Shah prepare for a role? With her latest series, Human, on Disney+ Hotstar, which is based on a medical scam, she has just established the fact that she can take on any character and pull it off with elan. Shefali, who was supposed to come to Bengaluru for the launch of her restaurant, says the character she plays, Gauri Nath, was not an easy one to portray on screen.

“There was no instruction booklet that came with Gauri. There have been times when the camera rolls and I surprise myself. Her character reminds me of a lioness. And the way I played her was very different,” says Shefali, adding, “As an actor, there are some characters you identify with. For example, my voice, the way I talk, all of that has changed to create a new person. When I took up the character, I knew it was a risk. But it was one worth taking.” To which her husband and the producer of the show, Vipul Shah adds, “The character of Gauri in the series is Lady Diana’s body with a mind of a joker.”

The show has been gathering a lot of attention owing to Shefali’s onscreen liplock with her co-star Kriti Kulhari. Based on a serious subject like a medical scam, there was a lot of debate on the title of the series. “When we started writing the show, there were many titles being discussed. Although it is not commercial enough, we thought this would intrigue people. I am glad about the creative decision,” says Vipul.

The series is also special because it marks the couple’s collaboration after 17 years. The last time was in the movie Waqt: Race Against Time,starring Amitabh Bachchan, Akshay Kumar and Priyanka Chopra, in 2005. Ask the actor what convinced her this time, and she says, “Vipul didn’t have to convince me at all, he just had to give me the script. I finished reading it in one night and found it very interesting. I immediately said I would be on board,” says Shefali.

Irrespective of the industry, it is always popular opinion that working with one’s spouse is tricky. But the Shah couple has a trick or two down their sleeves to make it work smoothly. “The trick is to respect the other person as a professional,” says Shefali, who had a great run on OTT platforms with releases like Delhi Crime and Ajeeb Daastaans on Netflix.

Having seen how all the three industries – television, cinema and OTT–work, the couple is happy at the way OTT platforms are turning out to be a game changer. “In India, the success of a daily soap depends on its run. However, with OTT shows, there’s that creative space and sometimes it turns out better than a movie,” Vipul says.