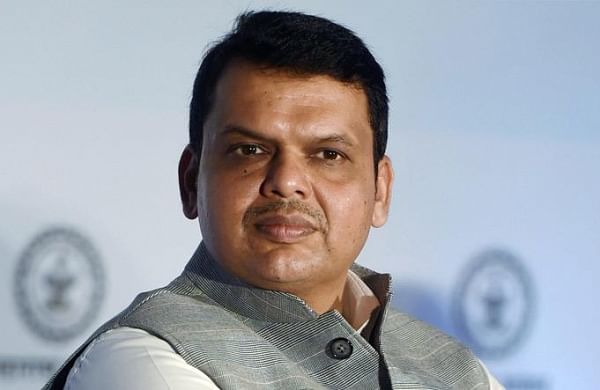 MUMBAI: Two constituents of the Maha Vikas Aghadi (MVA) - Shiv Sena and NCP - on Friday criticised BJP leader Devendra Fadnavis for "campaigning against a Marathi-speaking candidate" for the Lok Sabha bypoll in Karnataka's Belgaum, which continues to remain at the centre-stage of the decades-old border dispute between the two neighbouring states.

The parliamentary bypoll, which was necessitated following the death of Union Minister of State for Railways Suresh Angadi due to COVID-19 last year, will be held on Saturday.

While Shiv Sena leader Sanjay Raut said that political leaders from Maharashtra should not campaign against a Marathi-speaking candidate in Belgaum, Maharashtra NCP president and state Water Resources Minister Jayant Patil accused the BJP of betraying the Marathi people of that city in Karnataka.

The bypoll will witness a straight fight between the BJP and the Congress, while the Shiv Sena is supporting the Maharashtra Ekikaran Samiti (MES) candidate Shubham Shelke.

Talking to reporters here on Friday, Raut who campaigned for Shelke, said that for 65 years, the MES has symbolised the struggle of the Marathi-speaking people in Belgaum.

"At least Marathi politicians from Maharashtra should not campaign against a Marathi candidate in Belgaum," he said.

Raut was referring to Leader of Opposition in Maharashtra Assembly Devendra Fadnavis, who campaigned against Shelke.

"Fadnavis has been a former chief minister of Maharashtra. During his tenure, the MES leaders had met him and he had assured them that the Maharashtra government and the BJP were firmly with the MES on the merger of the Marathi-speaking areas in Karnataka into Maharashtra.

But he is taking a different stand now.

Under Fadnavis's tenure as CM, a resolution seeking the merger of Belgaum and other areas into Maharashtra was passed, the Sena leader said, adding, "He had also assured support to the MES. But now he has taken a different stand."

When asked about the COVID-19 restrictions imposed in Maharashtra by the MVA government, Raut said, "Chief Minister Uddhav Thackeray has been very mild. He is very disturbed about loss of livelihood to several people because of the curbs. But people shouldn't force him to impose harsher curbs. The chief minister has shown his humane side by the current restrictions. The coronavirus situation in the state is not good."

"When the BJP was in power for five years in Maharashtra, Fadnavis neglected the demands of the MES and now he has campaigned against their candidate. Fadnavis has proved that he is against the Marathi people, and he has hurt their sentiments," he said.

Patil said his party has always stood for the unity of Marathi people in Belgaum and the state of Maharashtra.

"Fadnavis is always busy pleasing his party bosses in Delhi. We experience this in Maharashtra as well. For coronavirus management or any other issue of Maharashtra, he should support the state government, but that doesn't happen," the minister said.

The MES had earlier contested the Lok Sabha polls to highlight the issues of Marathi people in Belgaum.

"We are confident that Shelke, a young Marathi candidate, will highlight in the Parliament the issues of Marathi-speaking people there," he said.