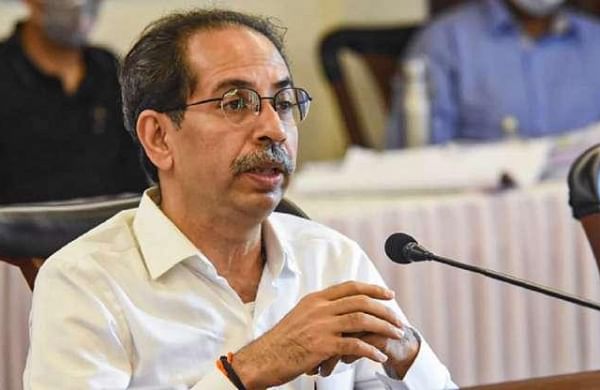 NEW DELHI: The Election Commission is learnt to have given the Uddhav Thackeray faction of the Shiv Sena 15 more days to submit documents in support of its claim on the party's election symbol.

Last month, the Election Commission had asked the rival factions of the Shiv Sena, led by Thackeray and Chief Minister Eknath Shinde, to submit documents by August 8 in support of their claims on the party's election symbol -- a "bow and arrow".

Following a request by the Thackeray faction, the EC has now asked it submit the documents by August 23, sources said.

Responding to a question on the plea by the Thackeray faction to postpone hearing on the matter by four weeks, sources said at present the EC has only asked for documents and the hearing will come later.

The poll body had asked the two factions to submit documents, including letters of support from the legislature and organisational wings of the Shiv Sena, and their written statements on the matter.

Shinde and 39 other Shiv Sena legislators had revolted against the party leadership in June this year, leading to the collapse of the Uddhav Thackeray-led Maha Vikas Aghadi (MVA) government.

The MVA dispensation consisted of the Shiv Sena, the Congress and the Nationalist Congress Party.

The Shinde camp joined hands with the BJP and formed the government in Maharashtra subsequently.

Meanwhile, a delegation of the Uddhav faction on Thursday met Maharashtra Assembly Speaker Rahul Narvekar and asked him to include its MLAs in the House Business Advisory Committee (BAC).

Sunil Prabhu, the chief whip appointed by Thackeray, said as the Thackeray-led party remains the original Sena, its representatives should be part of the BAC which decides the business of the House during a session.

The party recommended that he (Prabhu) and Ajay Choudhary be included in the BAC, Prabhu added.

Choudhary was appointed the leader of the Shiv Sena legislature party replacing Eknath Shinde after the latter rebelled and brought down the Uddhav Thackeray-led Maharashtra government in June.

The appointments of both Prabhu and Chaudhary were contested by the rebel camp led by Shinde who is now Maharashtra chief minister.

The Shinde faction appointed Bharatshet Gogawale as the chief whip.

Currently, the Shiv Sena is represented by rebel MLAs Uday Samant and Dada Bhuse in the BAC.

"We met the speaker and asked him to appoint our representatives to the BAC. He said he will take a legal opinion and decide," Prabhu said.

Ajay Choudhary, who was also part of the delegation, said they told the speaker that the Supreme Court had not given any ruling as to who controls the Shiv Sena, hence the representatives of the Uddhav Thackeray-led faction should be part of the BAC.

Of total 55 MLAs of the Shiv Sena, 40 MLAs are part of the Shinde faction.

The monsoon session of the Assembly will be held from August 17 to 25.