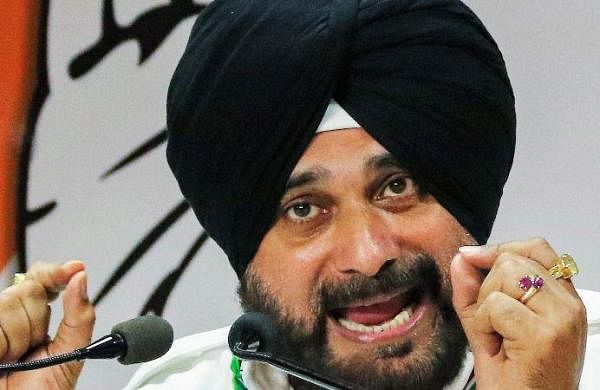 CHANDIGARH: Former Punjab Congress president Navjot Singh Sidhu was lodged in Patiala Central Jail on Friday, a day after being sentenced to one-year imprisonment by the Supreme Court in a 34-year-old road-rage case.

The cricketer-turned-politician surrendered in the court of Patiala Chief Judicial Magistrate Amit Malhan, who signed off on the conviction warrant and ordered him to be sent to jail after a medical examination. Subsequently, Sidhu was taken to the Central Jail where he was lodged in ward 10 (Barrack).

Senior advocate HPS Verma, who accompanied Sidhu to the local court, said: “Sidhu today surrendered before the court of CJM Amit Malhan.”Verma reportedly told the court that Sidhu underwent surgery, is on medication and needs a special diet which should not include wheat flour. “We have apprised the court about his medical and food needs,” said Sidhu’s media adviser Surinder Dalla.

A number of Congress leaders, including former MLAs Navtej Singh Cheema, Ashwani Sekhri, Hardial Singh Kamboj, Pirmal Singh Khalsa and former MP Dharamvir Gandhi, and supporters visited the former PCC chief’s house in the morning and a few of them accompanied him to the court, and then to the hospital. While Cheema drove Sidhu’s SUV. The former PCC was wearing a blue ‘Pathani suit’ while on way to the court.

“Sidhu has been sentenced to one year. It is not all over. He will come back and shine in politics,” said Cheema.Sources said Sidhu is lodged in ward 10 of the central jail along with around ten inmates and there is no bed or television or other amenities but one toilet in the barrack.

Sidhu’s surrender came just hours after he approached the Supreme Court seeking a week to surrender. A bench told senior advocate A M Singhvi, appearing for Sidhu, that he could file an application before the CJI. Singhvi said he will mention the matter before the CJI.