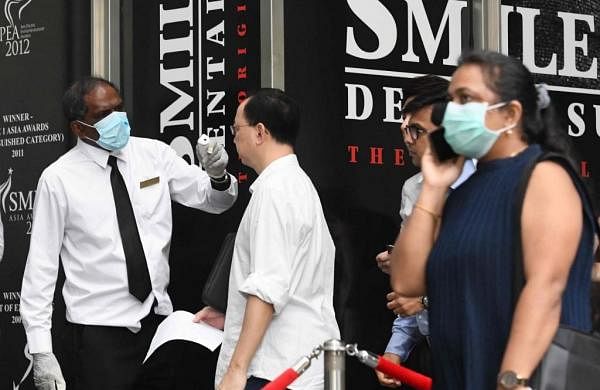 SINGAPORE: With the total number of coronavirus cases reaching up to 50 as of Wednesday, the Ministry of Health in Singapore said that the government will pay the hospital bills incurred by patients infected by the deadly virus.

The Straits Times reported that this coverage does not extend to outpatient treatment at general practitioner clinics or polyclinics, nor does it apply to treatment sought at private medical facilities. "The Government will pay the hospital bill in full for such admissions in public hospitals, which are required for public health reasons," the Ministry of Health was quoted as saying on Wednesday.

This came even as Health authorities in China's Hubei, the epicenter of the outbreak reported 14,840 new confirmed cases of the virus on Thursday, almost 10 times the number reported a day earlier, according to South China Morning Post.

Meanwhile, in another report, The Straits Times stated that two Bangladeshi nationals, both confirmed cases of the deadly virus were working at a site to expand aerospace manufacturer Bombardier Aviation's facilities.

According to the spokesperson, three employees of Boustead Projects are currently under quarantine and the project site is operating with additional health measures like temperature screenings in place.

The developments come a day after it was reported that South Korea and Israel have told their citizens to defer travel to Singapore where the number of confirmed cases is highest for any other country other than China.