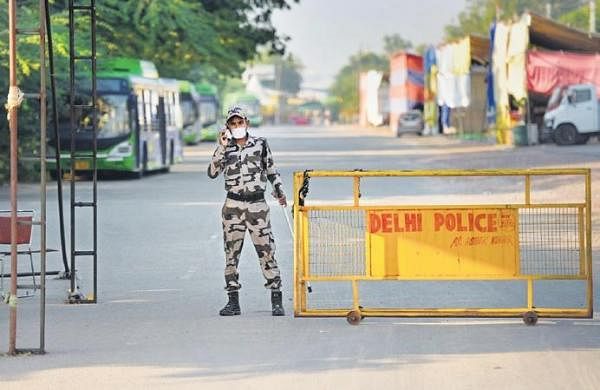 CHANDIGARH/NEW DELHI: Tension prevailed at Singhu border on Friday following the brutal killing of a man with the farmer unions seeking to dissociate their agitation from the incident. The protesting farmers huddled in groups to discuss the repercussions of the killing. They also maintained a distance from the journalists who went to Singhu border to cover the incident.

The deceased, Lakhbir Singh, was a labourer from Cheema Khurd village in Punjab’s Tarn Taran district and was aged around 35 years.The Haryana Police have registered a case of murder against unidentified persons at Kundli police station in Sonipat district.

The victim is survived by wife, Jaspreet Kaur, and three daughters. His wife had left him a few months ago and went to live with her parents.  Villagers said Singh lived with his sister. “On Tuesday we saw him in the village as he was the only person from the village to go to Singhu,” a villager said, adding that the deceased had no political affiliations.

Haryana Chief Minister Manohar Lal Khattar held a high-level meeting with senior officials, including the DGP and home secretary, over the lynching incident. While the Samyukt Kisan Morcha (SKM) distanced itself from the incident, the BJP put the blame on farmer leaders.

Punjab BJP president Ashwani Sharma said, “The farmer unions are responsible for the unfortunate murder of a SC youth and action should taken against the culprits. This is not Afghanistan. We are a democracy and believe in equal rights for human beings irrespective of caste, creed and religion.”

Former Punjab CM Parkash Singh Badal and patron of the Shiromani Akali Dal demanded an impartial probe into all angles of the heinous crime, including the brutal murder and allegations of sacrilege of the holy Sikh scripture.