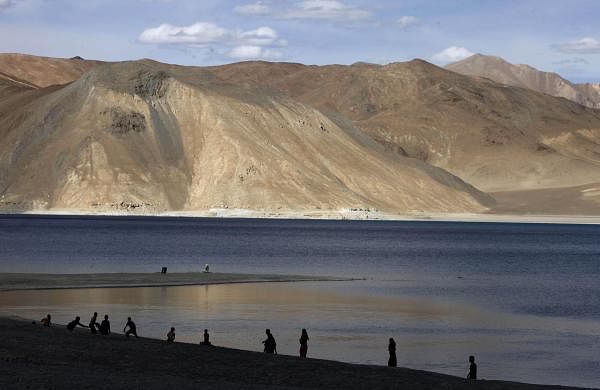 BEIJING: China on Monday said that the overall situation at the border with India was "stable and controllable", and both the countries have "unimpeded" communication channels to resolve the issues through dialogue and consultations.

The comments by the Foreign Ministry spokesman Zhao Lijian came in the backdrop of the continuing standoff between the militaries of India and China at the Line of Actual Control (LAC).

"China has been implementing the consensus between the two countries' leaders. We have been committed to upholding our national sovereignty, security as well as stability along the border," Zhao said.

"Now the overall situation in our border areas is stable and controllable. We have unimpeded communication channels and we hope and believe through dialogue and consultations we can properly resolve the relevant issue," he said in response to a question on Defence Minister Rajnth Singh's remarks that India will not allow its dignity to be harmed on the border issue.

India on Wednesday said it was engaged with China to peacefully resolve the border row, in a carefully crafted reaction to Trump's offer to arbitrate between the two Asian giants to settle their decades-old dispute.

"We are engaged with the Chinese side to peacefully resolve it," External Affairs Ministry Spokesperson Anurag Srivastava said, replying to a volley of questions at an online media briefing.

"The two sides have established mechanisms both at military and diplomatic levels to resolve situations which may arise in border areas peacefully through dialogue and continue to remain engaged through these channels," he said.

India-China border tensions have flared up again in Ladakh and Sikkim. On May 5, the Indian and the Chinese army personnel clashed with iron rods, sticks, and even resorted to stone-pelting in the Pangong Tso lake area in which soldiers on both sides sustained injuries.

At least 10 soldiers from both sides sustained injuries. The troops of India and China were engaged in a 73-day stand-off in Doklam tri-junction in 2017.