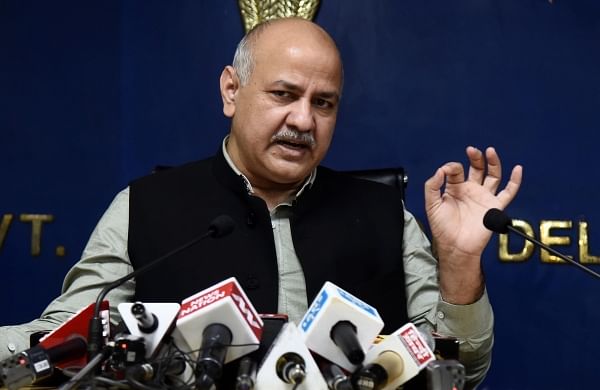 NEW DELHI: AAP leader and Delhi Deputy Chief Minister Manish Sisodia on Saturday alleged a "solid" friendship between Prime Minister Narenda Modi and Punjab CM Amarinder Singh ahead of the Punjab elections, after the state was ranked number one in the Performance Grading Index (PGI) 2019-20 by the Centre in terms of school education.

The Aam Aadmi Party (AAP) is in opposition in the Congress-governed Punjab where Assembly polls are slated for early next year.

Modi's BJP is another opposition party in the state.

"Strangely enough, this report has been released at a time when people have been raising questions regarding the performance and inadequacies of the Punjab government in education," Sisodia said during an online briefing.

The AAP leader alleged that the report points towards the "solid friendship" between the PM and the Punjab chief minister, in lieu of the upcoming Punjab polls.

Crediting the Punjab government with the best government schools in the country at a time when the state has seen the closure of more than 800 schools, and several schools have been found to be functioning as alcohol factories is a farce, Sisodia said.

"It is crystal clear that Captain Amarinder Singh has the blessings of Modiji and central government for the upcoming elections and we can consider this report as a gift to Captain Singh," he added.

The AAP leader claimed that quality education and learning have become a "joke" in Punjab government schools.

Alleging that the report has been released to hide the "inadequacies" in quality education of Punjab, he claimed many government school students have had to suffer due to "gross negligence" of the state government.

"In the last three to four years, almost 800 government schools have shut down in Punjab, and have been given to NGOs or other institutions to function. Many children had to bear the brunt and parents had to transfer their children to private schools."

"In a few days, Modiji will release another report claiming that Punjab government's hospitals are the best in the country. This is just a collaborative tactic for the upcoming elections; it is a strategy of the state government to hide behind the garb of false reports and cover up for their negligence," he said.

Accusing the Punjab chief minister of making a "joke" out of the whole education system in the state, he said the report has been released to "ridicule" the system further.

"Modiji has released this report to hide his (Singh's) inadequacies and bless him for the upcoming elections. Following the release of this report, all that the Punjab government has done is release advertisements and hide behind this farce to cover up its inadequacies," he said.