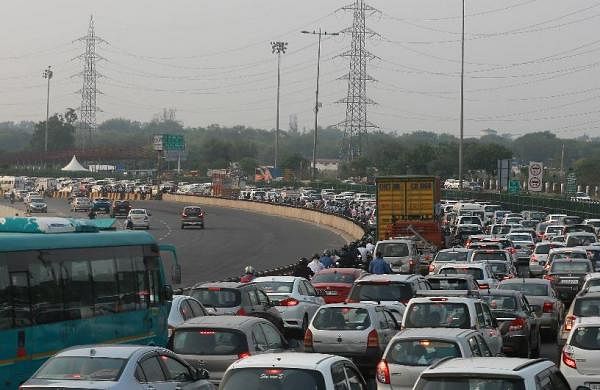 CHANDIGARH: The total number of COVID-19 positive cases in Haryana on Monday touched 2,356 after 265 persons tested positive for the virus. The districts of Guguram, Sonipat, Jhajjar, Nuh, Palwal and Faridabad bordering Delhi, which falls in the National Capital Region (NCR), reported more than 74 per cent of the total cases in the state.

The daily growth of infection in the state stands at 8 per cent. On Monday,  129 cases were reported from Gurugram taking the tally in the district to 903. Sonipat so far has recorded a total of 212 cases while Faridabad has 392 cases.  A total of 1,750 cases have been cumulatively reported from these six districts in the state which are bordering Delhi.

In the last two weeks during lockdown 4.0,  there had been a steep rise in the coronavirus cases in the state. There were 223 cases till April 17 and by May 17 the number increased to 910. A total of 21 people have died so far in the state due to the contagious virus.

Haryana health minister Anil Vij said that the state government has opened all its borders and allowed interstate movement as per the guidelines issued by the central government. "If the Delhi government
has sealed its borders with Haryana it is their decision, as per the new guidelines it’s upon the concerned states to take their own decisions," he said.

Vij added that the state government has made arrangements for treatment of 12,000 corona patients in government hospitals and instructions have been given to ensure availability of N-95 masks and PPE kits.