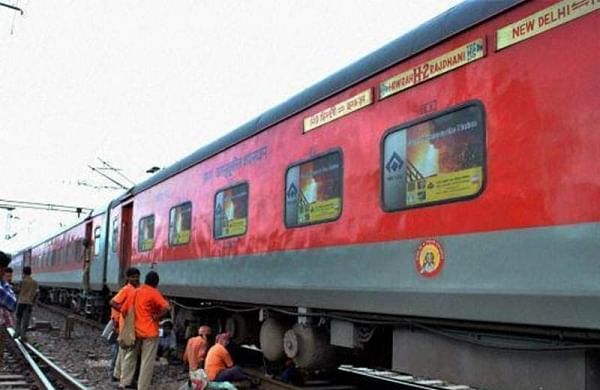 NEW DELHI: After concerns were raised over a rise in the ticket fares of short-distance passenger trains, the railways on Wednesday said the "slightly high fares" are only to discourage unnecessary travel.

Since the coronavirus-triggered lockdown was eased, the railways is running only special trains.

It started with long-distance trains and now, even short-distance passenger trains are being run as special trains.

As a special provision in view of the COVID-19 pandemic, the fares of these trains have been fixed at par with the price of unreserved tickets of mail and express trains for the same distance, a statement from the railway ministry said.

The railways, which has now started operating passenger or local train services, has come under fire from daily commuters, who are feeling the pinch of the rise in the fares.

For example, a ticket from Amritsar to Pathankot costs Rs 55 now.

Similarly, a ticket of a passenger DMU between the Jalandhar City railway station and Ferozpur costs Rs 60 now, while it used to cost Rs 30 earlier.

"Railways would like to inform that these slightly higher fares for passenger and other short distance trains had been introduced to discourage people from avoidable travels and those which are not most necessary.

"Covid is still around and in fact, worsening in some states. Visitors from many states are being subjected to screening in other areas and discouraged to travel. Little higher price is to be seen as a pro-active measure of Railways to prevent crowding in trains and stop Covid from spreading," the statement said.

It may be recalled that the Indian Railways stopped regular train operations on March 22, 2020 as a measure to curb the spread of the coronavirus and a nationwide lockdown was announced on March 24, which came into force from the next day.

The railways is constantly increasing the number of passenger-carrying trains in a graded manner.

Full restoration of the regular services of passenger trains to the pre-COVID times is to be considered keeping in view a range of factors and operational circumstances.

Currently, the railways has operationalised almost 65 per cent of the mail and express trains and over 90 per cent of the suburban services as compared to the pre-lockdown times.

On an average, 1,250 mail and express trains, 5,350 suburban services and more than 326 passenger trains are presently in operation on a daily basis.

The statement from the ministry said the short-distance passenger trains account for less than three per cent of the total number of trains being operated.

"It may be noted that passenger operations have always been subsidised by Railways. Normally, Railways bears a loss on every journey by a passenger. Officials maintain that despite the hike, Railways still remained a cheaper option to travel," it added.

Trains are being run under the most challenging circumstances due to COVID-19 and many are being operated in spite of a low occupancy for the benefit of people, the railway ministry said.

The railways has also taken special care about those travelling by paying the lowest fare on trains so that even in the times of COVID-19, they bear the least burden.

Besides other classes, the trains that are being run have a large number of "2S" (second seating) coaches that have the lowest fare in the reserved category.

Forty per cent of the passengers have travelled in the "2S" class in much better travelling conditions compared to the pre-COVID unreserved travelling situations, officials said.

"With a view to regulate rush at stations and in trains, passenger trains are being charged slightly more fare than pre-Covid times and a close watch is being kept on its patronisation. The situation is being constantly monitored to ensure restoration of services in keeping with the protocols necessary to be followed during Covid times," the statement from the ministry said.

The passengers of the long-distance or mail and express trains that are being operated as special services are, however, paying 10 to 30 per cent higher fares since the services began post lockdown.

These fares are being charged under the ticket and refund rules of 2015, which stipulate a higher fare for special trains.