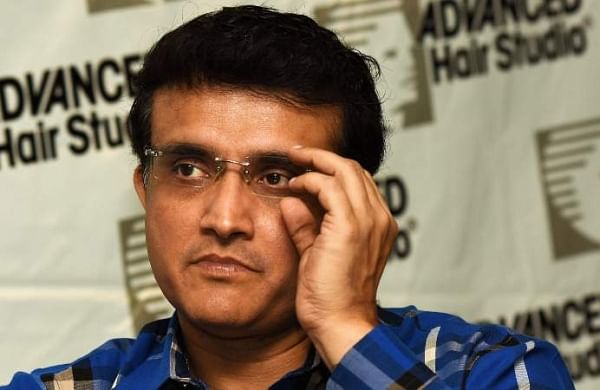 Ganguly, accompanied by wife Dona, arrived at the hospital sitting beside his chauffeur.

Sources in the Apollo Hospital said Ganguly’s health parameters are being examined thoroughly to ascertain the reason behind the uneasiness. "Three doctors are examining him. He underwent ECG and Echocardiogram. Whether angiogram is required that is yet to be decided,’’ said a hospital official.

Ganguly arrived at the hospital from his Behala residence through a green corridor ensured by the Kolkata traffic police.

On January 2, Ganguly was admitted to a private hospital after he suffered a cardiac attack while he was in a gym. During the examination, doctors found that Ganguly was suffering from triple vessel disease -- three blockages in coronary arteries. A stent was inserted in one of the arteries before Ganguly was discharged from the hospital

On January 6, Dr. Rupali Basu, MD, and CEO of Woodlands Hospital had said that the former captain would be monitored at home on a daily basis after being discharged. The 48-year-old would be ready for the next course of procedures or medical intervention after about 2-3 weeks, Dr. Basu had explained while informing the reporters about the health of the former India captain.

Cardiologist Dr. Devi Shetty had also met the medical team of nine doctors attending to Ganguly and then a further course of action was decided by the hospital. Dr. Shetty said that the heart of Ganguly was as strong as it was when the former India skipper was 20-years-old.