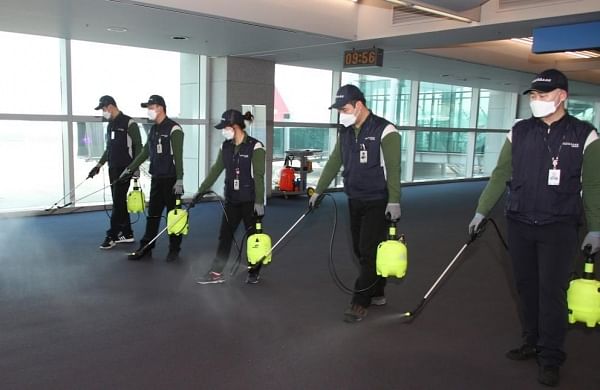 SEOUL: South Korea on Friday confirmed its second case of the SARS-like virus that has killed at least 25 in China, as concerns mount about a wider outbreak. Several nations including the US have stepped up checks on airport passengers to detect the coronavirus, which first emerged in the central Chinese city of Wuhan.

The virus has caused alarm in China and abroad because of its genetic similarities to Severe Acute Respiratory Syndrome (SARS), which killed nearly 650 people across mainland China and Hong Kong in 2002-2003.

On Friday, Seoul's health ministry said a South Korean man in his 50s started experiencing symptoms while working in Wuhan on January 10. The ministry added that he was tested upon returning to the country earlier this week, and was confirmed to be South Korea's second case of the virus on Thursday.

"The patient was adequately aware of the situation in Wuhan and cooperated well with the health authorities' requests during the monitoring period after returning home," the ministry said in a statement.

The outbreak has prompted Beijing to effectively quarantine some 20 million people, but the World Health Organization said Thursday that the disease did not yet constitute a global health emergency.