SRK, Kajol's 'DDLJ' being adapted into a Broadway musical by Aditya Chopra 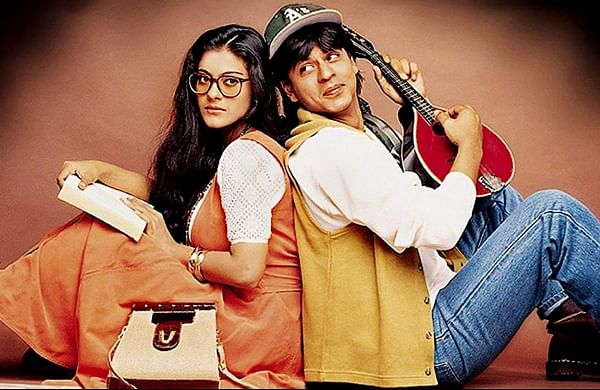 As per a statement, the upcoming musical will be based on an original story by Chopra, which he described as "a love story of an American boy and an Indian girl, a love story of two cultures...two worlds."

The 1995 released film ''Dilwale Dulhania Le Jayenge' marked Chopra's directorial debut at the age of 23. And now Chopra is extremely excited as well as nervous to helm 'DDLJ' once again.

"I'm terribly nervous and incredibly excited. I'm a hardcore cinema guy, I have never done theatre in my life and here I am trying to pull off the craziest ambition of my life. But what is giving me confidence is the fantastic team that I have. Each one of them is a master of their field and their brilliance and expertise is going to make this a fantastic show," he said.

Chopra added, "The past 3 years as we have developed this passion project, I have learnt so much from them and discovered the unbelievable talent that the Broadway community has. I feel 23 again, the same age I was when I directed DDLJ. I'm once again a student, each one of my team members is more experienced than me in the world of theatre, I'm the rookie and I'm loving every moment of it. I'm all set to learn, explore, create and enjoy with these wonderful theatre artists and the magical world of Broadway Musicals."

While speaking about Broadway, Chopra recalled that he never intended to make DDLJ in Hindi and he wanted to cast Tom Cruise as the leading man in the film.

"26 years back I started my career with a film called Dilwale Dulhania Le Jayenge (DDLJ, what it is more famously known as). The film created history and changed my life and many others forever. But what many don't know is that I never intended to make DDLJ in Hindi. As a 23-year-old young man greatly influenced by Hollywood and American pop culture, I thought I would make a couple of Indian films and then I would be off to Hollywood and make DDLJ for a worldwide English speaking audience with Tom Cruise as my leading man. That obviously didn't happen. DDLJ was released in 1995 and became the longest-running film in Indian cinema. It gave me my identity and kickstarted an amazing journey for which I'll always be grateful," he recounted.

Benjamin, too, expressed his excitement about the musical.

"DDLJ was my introduction to Indian filmmaking before I even knew who the amazing Aditya Chopra was, and the movie had such joy and heart that I fell in love with it. I was so happy to be approached to do the musical and I hope my work helps everyone fall in love with Simran and Rog and their journey across multiple cultures to love. The world can always use a little more cultural understanding, and I can't wait to sit in a theatre with an audience sharing the joy and surprise of Come Fall In Love: The DDLJ Musical," he shared.

Vishal Dadlani and Shekhar Ravjiani will serve as composers on 'Come Fall In Love - The DDLJ Musical', which is set to be on stage in the Broadway season of 2022-2023, with a World Premiere at the Old Globe Theatre in San Diego in September 2022.