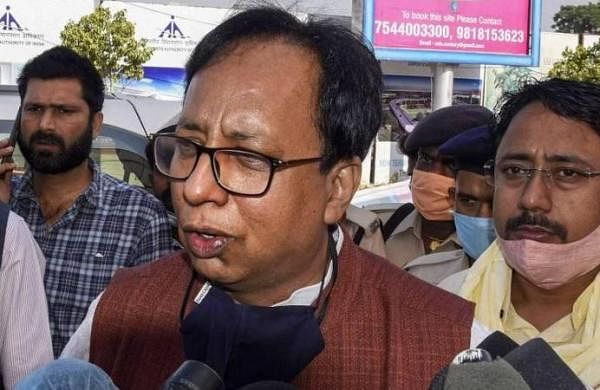 PATNA:  The rift between two major allies of the National Democratic Alliance (NDA) — BJP and JD-U — in Bihar is widening day by day with BJP state chief Dr Sanjay Jaiswal, in an oblique reference to two top JD-U functionaries, asking them to stay within limits.

“Stop playing Twitter game anymore (with Prime Minister) or 76 lakh BJP workers in Bihar will reply,” Jaiswal said in his latest post on his social media account on Monday. Jaiswal did not stop there and further said, “I am sure you will be careful in future.”

The BJP’s warning came as response to the repeated demand of the top JD-U  functionaries, including national president Rajiv Ranjan Singh alias Lalan Singh and party’s parliamentary board chairman Upendra Kushwaha, to the President, PM and the Union government to withdraw the Padma Shri from noted playwright Daya Prakash Sinha for the latter’s remarks against Emperor Ashoka.

Amid differences between the BJP and the JD-U, Lok Janshakti Party (Ram Vilas) chief Chirag Paswan demanded imposition of President rule in Bihar in the wake of deteriorating law and order situation in the state. Talking to the media, Chirag blamed CM Nitish Kumar for the death of 13 people in Nalanda due to consumption of spurious liquor.

With death toll in the hooch tragedy in Bihar’s Nalanda district mounting to 14 on Monday, top officials of the state government visited the affected villages to take stock the situation.

Altogether 500 dwellings were identified as constructed on encroached land. In addition, notices were pasted on 64 houses asking the inhabitants to vacate.