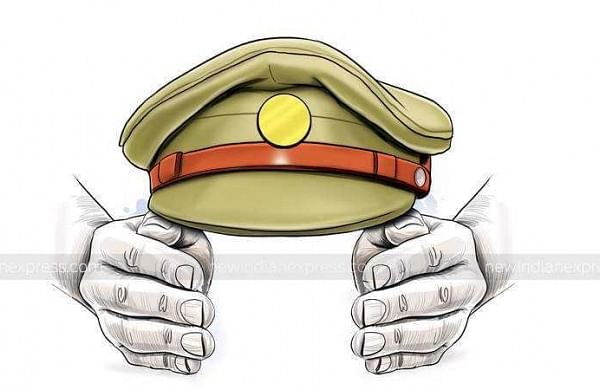 BHOPAL: Thousands of cartridges sold to arm license holders in Madhya Pradesh might have slipped into the hands of inter-state dacoit gangs operating in Madhya Pradesh-Uttar Pradesh jungles, Maoists active in MP, UP, Jharkhand, and Bihar, besides organized criminals in Purvanchal (East UP).

As many as 25 cases under section 420 of IPC (cheating) and 30 Arms Act (contravention of license or rule) have been registered by Madhya Pradesh Special Task Force (MPSTF) against two clerical grade employees of state government identified as Yugul Kishore Garg and Abhay Raj Singh (who headed Arms section at Satna district collectorate in MP since 2004) and others for misusing existing arms licenses and violating associated norms to aid illegal activity.

The 25 licenses issued since 2004 that are now under the MPSTF scanner, include an arms license issued to present ruling Congress MLA Neelanshu Chaturvedi, who represents the once dacoit infested Chitrakoot Vidhan Sabha seat of Satna district.

According to details of the case released by the STF in Bhopal on Thursday, existing Arms license norms were floated to extend the area where the license issued to Chaturvedi (possibly in 2012) was actually valid.

“Total 25 cases have been lodged in connection with the misuse of arms licenses in Satna district against the two clerical staff who headed the Arms section of the Satna district collectorate since 2004. Further probe is underway to find whether the license holders too had colluded with the two named accused in misuse of arms licenses or not,” additional DG (ADG-MPSTF) Ashok Awasthi told The New Indian Express.

Ongoing STF probe has revealed that existing arms licenses issued in Satna district were misused, tampered and forged for extending the area for which the license was valid, allowing the purchase of additional weapon sans permission of concerned official as also allowing the purchase of additional cartridges (above what was entitled through the license) without appropriate permission.

Also, the 25 cases, include cases pertaining to issuance of arms license from Satna district of MP to residents of other states, particularly neighboring UP, registering/renewing in Satna (MP) the arm license issued from terror-hit Jammu and Kashmir’s Ramban district, preparing duplicate copies of existing arm licenses and allowing person other than license holder to retain the licensed weapon.

“The registration of 25 cases and the subsequent probe was done following directions from state government after the issue of misuse of arms license in Satna district was raised in the MP Vidhan Sabha a few months back,” the ADG-STF said.

According to the MPSTF head, the issue is particularly alarming as in a large number of cases, the maximum number of cartridges that could be purchased for the licensed weapon, were increased without desired official permission by tampering or forging the existing arm licenses.

“As getting arm license has become a tough task in neighboring UP due to vanishing of around three crore cartridges purchased by license holders in five years in that state, hence in some cases residents of UP by showing self as natives of Satna district of MP have secured arm licenses.”

(THE NEW INDIAN EXPRESS)
342 Days ago