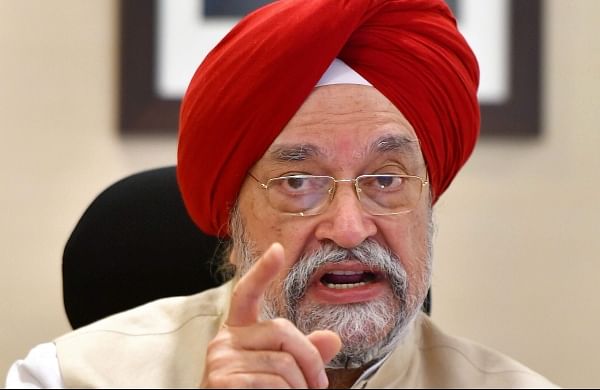 A twitter war erupted between the senior Congress leader and the minister on Tuesday. In a series of tweets, urban affairs minister Hardeep Puri on Tuesday said that a powerful Congress leader had called him to allot the Lodhi Estate residence to another Congress MP so that Priyanka Gandhi could stay on despite eviction notice. It came after Priyanka Gandhi’s claim that such requests were not made.

The minister also made it clear that the Congress leader who requested him is at the top of the party hierarchy.

“The leader who called me, & many others, is at the very top of the Congress hierarchy...the same political advisor who speaks and acts on your family’s behalf. It was when he requested that we decided to give a two-month extension in good faith,” said Puri on Tuesday afternoon.

Puri also said, “Would only request you to first sort out these issues within your own party before venting in public. Streak of entitlement & playing victim don't go well together.”

Puri also mentioned the timeline of receiving the call to give more credence to the facts. “Facts speak for themselves! A powerful Congress leader with much clout in the Party called me on 4 July 2020 at 12:05 pm to request that 35, Lodhi Estate be allotted to another INC MP so that Priyanka Vadra can stay on. Let's not sensationalise everything please," Puri said.

Puri's tweet came after Priyanka Gandhi called "fake news" a media report that she had sought more time to vacate the bungalow.

"This is FAKE NEWS. I have not made any such request to the government. As per the eviction letter handed to me on the 1st of July, I will be vacating the government accommodation at 35 Lodhi Estate by the 1st of August," she said in a tweet.

Following the Union urban development minister's comments, Priyanka Gandhi reiterated that she will be vacating the bungalow by August 1 and that she has not made any request for extension of her stay in it.

"If someone called you Mr Puri, I thank them for their concern, and thank you for your consideration as well but it still does not change the facts: I have made no such request, and I am making no such request," she tweeted.

"As I said, I will be vacating the house by the 1st of August as required in the eviction letter," she said.

“Facts and Congress can never go ‘hand’ in ‘hand’... The ‘fact’ that a notice had to be served & dues were not paid speaks for itself...The Congress leader called you, Hardeep Singh Puri ji, coz high command ka order hai (it’s an order from high command),” Irani said.