Subtle discrimination against women shouldn't be encouraged in language: Sitharaman 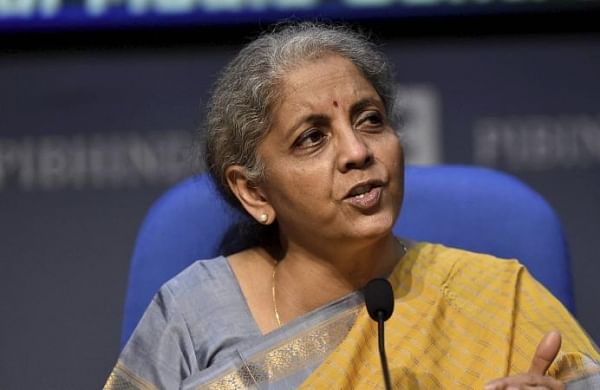 NEW DELHI: On the occasion of International Women's Day, Union Finance Minister Nirmala Sitaraman on Monday said nuanced discrimination, even in language, is often accepted and not objected to, due to its subtlety. She added that language needs to be gender-sensitive and wrong language shouldn't be encouraged.

"Language of communication has to be gender-sensitive. We stand up each time for use of the right language. We come across language both formal and informal that doesn't recognise an implicit gender bias. We need to say language needs to be gender-sensitive. We shouldn't encourage such language," said Sitharaman while addressing a gathering of women MPs and journalists.

Giving an example she quoted a popular Hindi expression the Union Finance Minister said, "Arey main choodi pehen ke baitha hoon kya?" (Am I just sitting here wearing bangles like a woman?) That means you don't have courage. Each one of us has to say that we don't accept such language and expressions."

Another problem she spoke about was facing different terms of engagement for both genders. "We are MPs, but we are often treated as women first, and MPs later. We have to make a conscious attempt to change these things. We need to do more," she said.

Union Minister for Women and Child development Smriti Irani too spoke at the gathering, and said, "Women who have gathered here today are oft celebrated societally for our strength and achievements. Not many look at the chip on our shoulders, a chip on which we falter at times publically and on social media. Where the impact is strong as we get 'trolled' but also we get opportunities in the august House where, irrespective of our ideologies, we speak on issues that bring transformation."

She also said that under the leadership of Prime Minister Narendra Modi, the narrative has been shifted from women's development to women-led development.

"We now lead the change not just for us but for others. It is because of this that for the first time in history, we have an amalgamation of a gender inclusion fund in the National Education policy. There are still skies to touch. Our flag and constitution are one despite being from other ideologies," she added.

Lok Sabha Speaker Om Birla also took the initiative to celebrate women and their achievements on the occasion of International Women's Day and acknowledged hardships women face besides commending the work women do in public and private life.

"It's not easy for women to work as social activists but you took up the challenge and you work with sensitivity," he told the two women.

The Speaker also praised women journalists for bringing out the real picture with empathy despite opposition from some quarters.