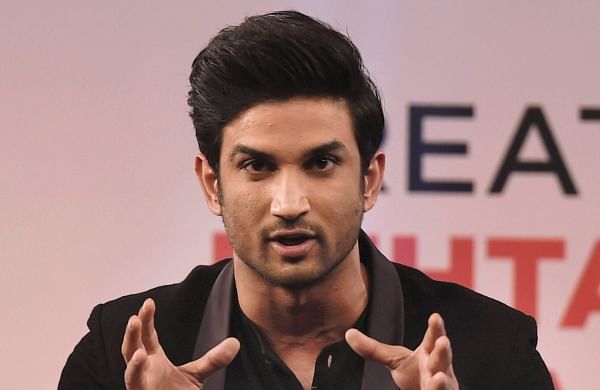 MUMBAI: Actor Rhea Chakraborty's lawyer on Tuesday said the Bihar government cannot recommend a CBI probe in actor Sushant Singh Rajput's death when police from that state do not have any jurisdiction to even investigate the case.

The Bihar government has decided to recommend a CBI inquiry in the case of Rajput's death after his father made a request for it, Chief Minister Nitish Kumar said on Tuesday.

"There cannot be a transfer of a case which had no legal basis to begin with for the Bihar police to get involved. At the most, it would be a Zero FIR which would then be transferred to Mumbai Police," Chakraborty's lawyer Satish Maneshinde said in a statement.

The transfer of a case, in which they (Bihar police) had no jurisdiction, to CBI has no legal sanctity, he said.

He said the Bihar government, realising that it does not have the jurisdiction to probe the case, is now adopting this "illegal method" of recommending the case to be handed over to CBI.

Chakraborty earlier filed a petition in the Supreme Court, stating that the Bihar Police have no jurisdiction to probe the case as the Mumbai Police have already registered an Accidental Death Report (ADR).

Mumbai Police had registered an Accidental Death Report (ADR) and an investigation is underway in the case.

Till now, the Mumbai Police have recorded statements of 56 people, including Rajput's sisters, Chakraborty and some other film personalities.

Rajput's father K K Singh last week lodged a complaint with Patna police against Chakraborty and her family members, accusing them of abetting the actor's suicide.

The Patna police registered an FIR against Chakraborty and six members of her family under various Indian Penal Code Sections, including 341 (wrongful restraint), 342 (wrongful confinement), 380 (theft in dwelling house), 406 (criminal breach of trust), 420 (cheating) and 306 (abetment of suicide).

A team of the Bihar police is in Mumbai for probing the case and recording statements of witnesses.

Maneshinde on Monday refuted the Bihar Polices contention that Chakraborty was "missing", and said till date she has not received any summons or notice from them.