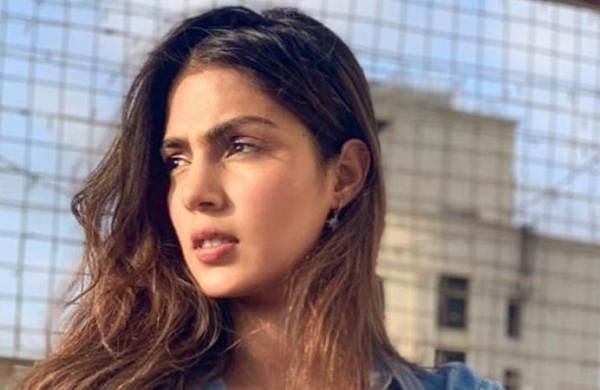 MUMBAI: Actor Rhea Chakraborty, accused of abetting Bollywood star Sushant Singh Rajput's suicide, on Friday sought the Enforcement Directorate (ED) to postpone the recording of her statement in the money laundering case lodged by it till her plea in the Supreme Court is heard.

Rhea Chakraborty's advocate Satish Maneshinde said the actor would not appear before the ED, which has summoned her on Friday, till the Supreme Court hears her plea.

The 28-year-old had filed a petition in the Supreme Court seeking the case lodged by the Bihar police against her to be transferred to the Mumbai police.

The plea will be heard by the apex court next week. The Mumbai police had been carrying out a separate probe in Rajput's death.

Rajput's father KK Singh had on July 25 filed a complaint with the Patna police against Rhea Chakraborty and a few others, including her family members, accusing them of cheating and abetting his son's suicide.

Singh had also alleged financial irregularities in bank accounts of the Patna-born Rajput (34), who was found hanging in his suburban Bandra residence on June 14.

Based on the complaint, the Patna police had filed an FIR against Rhea Chakraborty, Rajput's girlfriend, and others.

In the complaint, Singh alleged that Rs 15 crore was siphoned off from Rajput's bank account in one year to accounts of persons not known or connected to the late film star.

The ED had on July 31 registered a money laundering case against Rhea Chakraborty and her family members and directed her to appear before the central agency's Mumbai office on Friday (August 7).

Maneshinde said the actor would not appear before the ED on Friday.

"She has requested a postponement of recording her statement till the Supreme Court hearing (on her plea)," he said.

Maneshinde said the ED has not yet responded to the request.

After the Bihar government last week recommended that the case be transferred to the CBI, the Centre issued a notification on Wednesday, directing the premier agency to take over the investigation.

The accused have been booked under various sections of the Indian Penal Code for criminal conspiracy, cheating, abetment to suicide, and wrongful confinement.

Rajput's father had, in his complaint, alleged that Miranda was hired by Rhea Chakraborty after she allegedly fired Rajput's existing staff.

The agency had earlier also questioned Rajputs chartered accountant Sandeep Sridhar about his financial transactions over the past few years.

The ED is also probing two companies floated by Rajput, in which Rhea Chakraborty and her father Indrajit and brother Showik were directors.

The Supreme Court had on August 5 while hearing Rhea Chakraborty's plea directed all the respondents - Bihar and Maharashtra governments - to file their affidavits in response and posted the matter for hearing next week.