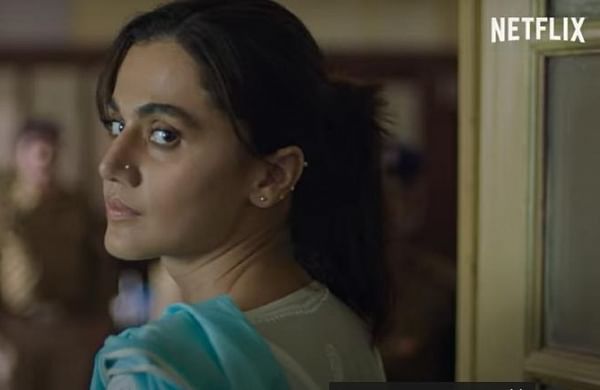 NEW DELHI:After the recent trailer launch of the Taapsee Pannu-starrer 'Haseen Dillruba', filmmaker Aanand L. Rai, who will be producing the upcoming Bollywood mystery thriller announced that its first song 'Dil Melt Karda' will be releasing on June 15.

Rai took to his Instagram handle on Saturday and shared the song's poster along with the caption, "What's love without a little fun? Watch the teasing and pleasing of this cute couple in #DilMeltKarda Song releasing on 15th June!"

Sung by singers Navraj Hans and Nikhita Gandhi, 'Dil Melt Karda' has been composed by Amit Trivedi with the song lyrics penned by Varun Grover.

Earlier Netflix had released the first trailer of 'Haseen Dillruba', which along with Taapsee, also stars Vikrant Massey and Harshvardhan Rane. The trailer of the movie looked promising, giving viewers a deeper look at the intriguing murder mystery.

It gave viewers a glimpse into the movie's engaging storyline filled with love, lust and murder, and is sure to leave fans excited.

The trailer, which features a gripping storyline along with a brilliant background score, teases a love triangle, dark humour, and a twisty whodunit.

Directed by Vinil Mathew, 'Haseen Dillruba' has been written by Kanika Dhillon. The murder mystery, which is set to premiere on Netflix on July 2, has been produced by Rai's Colour Yellow Production and T-Series.