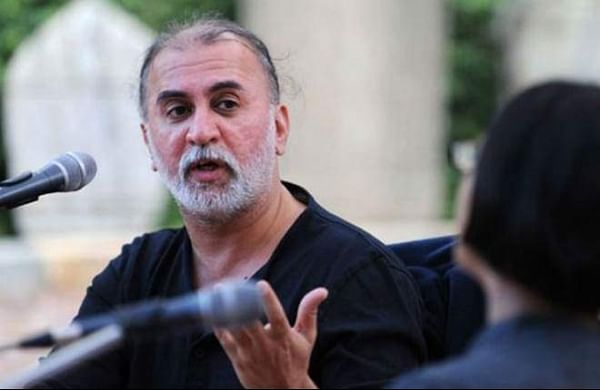 PANAJI: The Goa government told the Bombay High Court's bench here on Wednesday that the victim in a 2013 rape case, in which journalist Tarun Tejpal was acquitted, was named and shamed and the trial court's judgement was "retrograde" and "fit for fifth century".

The Goa bench of the HC, comprising Justices Revati Mohite Dere and M S Jawalkar, later adjourned the hearing into the matter till November 16, when it will hear Tejpal's application challenging the maintainability of the state government's appeal against his acquittal in the case.

Solicitor General of India Tushar Mehta, representing the Goa government, stated before the bench that the prosecutrix (woman) was "named and shamed".

He also termed the judgment of the trial court as "retrograde" and "fit for fifth century".

Justice Dere said in not just this case, but in all the cases of rape, we will not allow lawyers to read the evidence, we will read it ourselves".

She said a lawyer can point out the page number while submitting about the evidence.

On May 21 this year, a sessions court acquitted Tejpal, the former editor-in-chief of the Tehelka magazine, in the case where he was accused of sexually assaulting his then colleague in a lift of a five-star hotel in Goa in November 2013 when they were attending an event.

Later, the Goa government filed an appeal against it in the HC.

The matter came up before the HC's division bench on Wednesday when Tejpal's lawyer Amit Desai submitted to the court to consider two applications filed by him.

Tejpal has challenged the maintainability of the Goa government's appeal against his acquittal in the case.

Desai said the permission to file application (challenging the session court's order) was not granted by the state government to the public prosecutor on the day when it was filed.

He also said that they have filed an application for 'in-camera' hearing into the matter, which Mehta opposed.

The bench will hear later Tejpal's application seeking in-camera hearing into the matter.

The hearing on Wednesday was held in virtual mode.