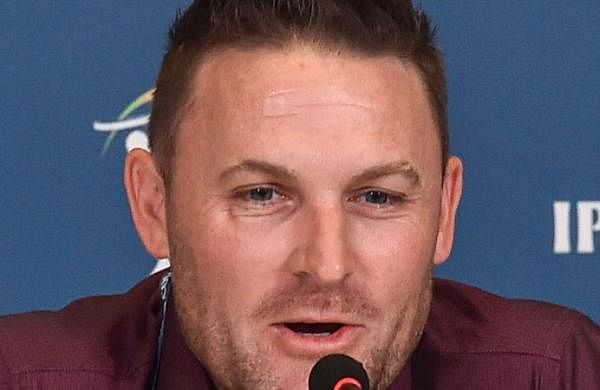 NAVI MUMBAI: Kolkata Knight Riders head coach Brendon McCullum on Thursday said that the batter Rinku Singh's story has been incredible and he is a player in whom the franchise will invest in over the next few years.

Quinton De Kock's hard-hitting 140* and spells from Mohsin Khan (3/20) and Marcus Stoinis (3/23) helped LSG seal a thrilling 2-run win over KKR and become the second team to enter the playoffs.

"Rinku's is an incredible story. He has been around for five years in IPL, sat on the sidelines for so long and worked so hard, he has had to wait for his opportunity, he got it late in the tournament and he has taken it. He plays the game for all the right reasons that I love as a coach and as a fan of cricket as well. Rinku is a player who KKR will invest in, no doubt, over the next few years and we will see him progressing and challenging for the top honours. Not too many people can bat like Rinku did and be able to pull games out of the fire. He has almost done for us two occassions. I am really pleased for him," said McCullum during a post-match conference.

Rinku has had a solid IPL season with KKR. In seven innings, he has scored 174 runs at an average of 34.80. His best individual score has been 42* this season. He has won over fans with his solid batting and electric presence on the field.

The head coach said that even though his side ended on the wrong side of the game against LSG and a couple of things did not go in their favour during the entire season, he is still proud of the commitment shown by his team.

Now set to take over as head coach of England's men's Test team, the former Kiwi wicketkeeper said that he enjoyed his tenure with KKR and will closely follow the side even after he joins the England team as its coach in the longest format of the game.

"I have loved it (time in IPL). It has been 3 years now and all 3 years have been in bubbles. I am personally thankful to all parties involved for hosting IPL in between a pandemic. It has given the fans something to hold on to and enjoy. It is just a wonderful tournament, the biggest league in the world.

It gives opportunities to some incredibly good talent, both from India and the world. It has many great stories about it. As a coach to be able to be a part of it and give some of the guys the freedom to go out there and play with a positive attitude is something I am forever grateful for. KKR is in good hands with the support staff and Shreyas (Shreyas Iyer) as a captain. Watch out for KKR next year." he said.

With this win, LSG have entered the playoffs, ending their league stage in the second position at points tally with 18 points. KKR has ended their IPL campaign with 12 points, ending sixth in the league.