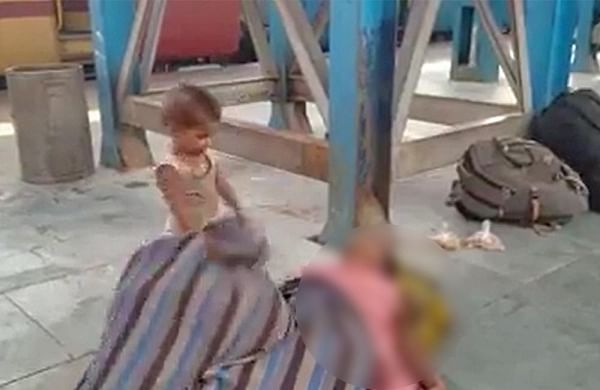 PATNA: The leader of the opposition in Bihar Tejashwi Yadav announced financial assistance of Rs 5 lakh for both the children of Avreena Khatoon, 35, who died while returning from Ahmedabad by a Shramik special train to Muzaffarpur on Monday.

Living with her parents as a divorcee at Marandangi village under the Maheshpur Panchayat in Katihar, Khatoon raised her children Mohamed Arman, 4, and 15-month-old Rahmat.

She was married to a man of UP five years ago as per Islamic law by her father Mohamed Mir Islam who is eking out a livelihood by working in the fields.

Faced with poverty, she had gone to Ahmedabad with her sister Kohinoor Khatoon, whose husband Mohamed Wazir Alam had been working as a mason, to work in a small scale factory.

When the lockdown was imposed and Wazir Alam lost his job, they decided to return to Katihar by a Shramik special train.

The body of Khatoon was buried on May 26 at her parental village and both her children are being taken care of by her parents.

When the video of Khatoon's child pulling a cloth from her dead body went viral, Tejashwi took cognizance and announced the assistance on Twitter.

He also said all expenses for the education of Khatoon's children would be met and a job would be provided in Katihar to their closest family member.

The Katihar district administration has issued a sanction order under "Sponsorship and Foster Care Scheme" for both the kids.

He also stated that the administration has coordinated with a children's home in Begusarai called "Children's Village".

"We have asked the grandparents to get the kids admitted to the Children's Village, Begusarai. However, they are unwilling as of now," he said.

The two kids have been enrolled in an anganwadi centre in Maheshpur panchayat in Azamnagar block. Nutrition supplements for this month have been provided to the guardians of the two kids including rice, pulses, soyabean, jaggery and milk.

"This will be provided each month and all possible help under any existing scheme shall be ensured," he said.

Meanwhile, a lawyer in New Delhi filed a complaint in the national human rights commission on the basis of the viral video in which Khatoon's child was seen pulling a cloth put on her dead body.