Tension prevails at University of Hyderabad over rape bid on student 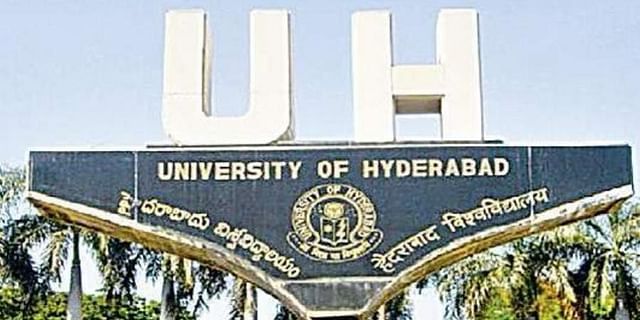 HYDERABAD: A day after protests erupted over a University of Hyderabad (UoH) professor allegedly attempting to rape a student from Thailand, the atmosphere in the university remained tense. All the classes in the Hindi department, to which the professor and the student belonged, have been cancelled for Monday. Moreover, the exams for third-semester students have also been cancelled. It must be noted that the accused was also remanded to 14 days in judicial custody. “We have called for a meeting by 12 pm on Monday,” a first-year postgraduate (PG) student and a classmate of the Thai student told TNIE.

Sources said that not even a week had passed since the international student had joined the university. “We had our first class with the professor on Monday. Nothing seemed out of ordinary that day. He asked each one of us to introduce ourselves,” she added. The professor conducted an extra class on Friday between 2 pm to 4 pm, which, she said, was also normal. “We don’t know what happened between them after the class,” she added.

A lot of first- and second-year PG students from the department don’t know the accused as he had taken a break from teaching in 2020 and returned this year only. However, a few alumni said that nothing of note came up against the professor when they were still students. However, his behaviour was vastly different between men and women, they added.

“His behaviour with female students used to be sweet. He used to call one of our classmates late at night. One day when her number was not available, he called her roommate to check on that girl,” said a former student, who completed MPhil in 2018-19 from the Hindi department.

‘Not a diversity champion’

Unlike other universities, the Hindi department at UoH was filled with students from the northern and southern States. However, the accused was never the one to boast of the department’s diversity, students alleged.They added that even though the accused was a Hindi lecturer, he would judge students on the basis of their English speaking skills, their clothes and their background.“He insulted a lot of students in the class for asking a question. He made one of our batchmates repeat the semester for criticising the professor,” a student from the 2017-18 batch, who now lives in New Delhi, said.

In consonance with the Sexual Harassment of Women at Workplace (Prevention, Prohibition and Redressal) Act, an Internal Complaints Committee (ICC) called Gender Sensitisation Committee Against Sexual Harassment (GSCASH) has been established by the university. It comprises 12 members, including two third-party representatives. The committee also includes the president of the University of Hyderabad Students Union (UHSU) and three other student members (one each from PhD, postgraduate and undergraduate level).

Due to the pandemic and the delay in CUCET results, MA students, who were supposed to join in July, started their academic year in December. “As various student elections have not been conducted yet, the elections for the GSCASH are pending,” an ex-member of the GSCASH committee of UoH said.  On the PG and UG levels, no student representative is available, the member added.