There’s so much talent in Indian women’s cricket: Kate Cross 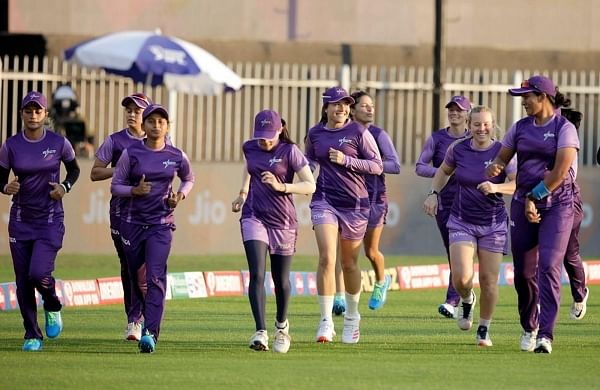 CHENNAI: When Velocity skipper Deepti Sharma opted to field on a hot Tuesday afternoon in Pune against Supernovas, she took quite a few by surprise, making them wonder how helpful it would be for the two international pacers in the side  — Kate Cross and Ayabonga Khaka. While the latter had taken part in the 2020 edition of Women’s T20 Challenge, it was the first time for the England pacer to play for a team that is not her national side.

Cross recalls being “nervous” and having a “daunting feeling” when she joined the Velocity squad for the same reason in a chat with The New Indian Express. But none of it showed on the field as she resorted to her boring top-of-off-hitting lengths, taking two early wickets in the powerplay. She finished with 2/24 in her four overs, setting the tone for the rest of the match as Velocity ended on the right side of the result.

Playing under a first-time captain in Deepti Sharma, Cross said that the all-rounder has shown no nerves and has been chilled out in the sessions leading up to their first match. “Deepti is one of those players who always gets on my nerves,” laughs Cross before adding, she always scores against me. There have been many times either in the The Hundred or Kia Super League where she won games for the teams we were playing against. I am playing in her team so I don’t have to worry about bowling to her. She is a brilliant all-round talent. And you have so much talent in Indian women’s cricket.”

As the world watched Shafali Verma go about her business on Tuesday, proving what she is capable of and how much she has improved, Cross is more than happy to not bowl to her and Kiran Navgire — the ace up Velocity’s sleeve.

“I have come up against Shafali before and she has done a lot of damage, especially in that Test match in Bristol. Kiran, I watched her in the nets the other day and I was fascinated by how hard and powerful she can hit the ball. Obviously, I am excited to see what these girls can do when they go on the big stage. I have heard about the senior T20 tournament (where Navgire finished as the top-run scorer), the runs they scored, the wickets they have taken. It’ll be great to see them light up the stadium in Pune”
The conversation eventually moved towards franchise-based tournaments and Women’s IPL and the impact it could have on these players and women’s cricket overall. “They are huge, they really really are. We have been crying out for a Women’s IPL for a few years now and hopefully, there’s been a lot of rumours that it is going to happen next year. I would just love to see it. Even coming into this environment, seeing some of the younger girls, how they train, hit the ball and bowl, there is so much talent and it is such a shame that people can’t see that.”

“Everyone knows who Smriti Mandhana is, Harmanpreet Kaur is. There are many more people who need unearthing, and need the opportunity to show what they can do. Look at the men’s IPL, so many male players have come through and had an opportunity to play for India because of the IPL. It just goes to show how good these tournaments are…. The more we play in them, the better that is.”

As a renowned Chennai Super Kings fan, Cross hopes that if the franchise enters the Women’s IPL and owns a team, she would get to play for them whenever the tournament happens. “I would obviously love to play in Chepauk. I don’t know which teams would have a women’s team, but hopefully if CSK could have a women’s team that would be fantastic. I know Smriti wants to play for them, so if Smriti is my captain, I would be very happy with that. But again, it’s a long time away. I can’t just come and play for CSK just because I am a big fan. I have got to be good at cricket as well. Hopefully, I have got the opportunity to prove myself and maybe get the opportunity next year.”

And after Tuesday’s performance, it would be fair to say that Cross has successfully taken the first step towards it.