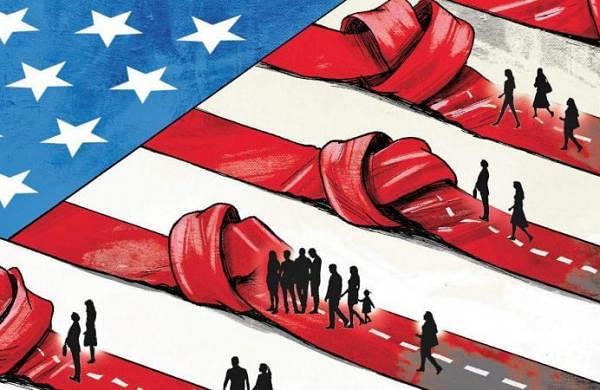 NEW DELHI: Covid-19 pandemic seems to have derailed the dreams of thousands of Indians looking to pursue undergraduate and postgraduate degrees abroad this year.

Last year, nearly 4 lakh students had left the country to pursue degrees in foreign universities. This year, the number could come down to nearly 30,000 — registering a drop of over 90 per cent — due to delay in class XII results by most boards including the CBSE and final year examinations in institutes of higher education.

For the majority of students looking to pursue higher studies in foreign countries, five countries — USA, UK, Australia, Canada, and New Zealand — are the most sought after while China, Germany, and France have also emerged as choices of destinations over the last few years.

Experts, who guide students on higher studies abroad, pointed out that as the new session in colleges begins from September in most countries, Indian students will not be able to enroll this year and may have to make alternative choices of institutions and career.

“It takes about 2-2.5 months for the students to complete the admission and visa processes for studying abroad but everything is haywire this year, as a result of which those looking to go outside India will miss the opportunities and settle for local institutions,” said Indrajit Das, a Pune-based higher education consultant.

He added that only a few, who manage to secure admissions for sessions beginning in January or May next year, could have a chance to study in foreign universities but those seats are very limited.

While the CBSE class XII board results are now expected by mid-July, the University Grants Commission has asked higher education institutions to shift their final year examinations to September and declare results in October. This means that students are in a position to apply for admission in universities abroad.

Sanchita Salaria an education consultant in Delhi pointed out that while STEM (science, technology, engineering, and mathematics) courses are the favourite of Indian students abroad, of late there has also been a spurt in the number of those who wish to pursue non-conventional courses.

“Also, a large number of students prefer countries such as Canada, Ireland, France, Australia, and the Netherlands over the USA because of the post-study work permits these countries offer for 1-4 years, relatively lower course fee and living costs and easier visa norms,” she said.