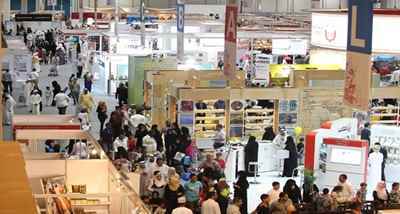 In UAE, thousands of literature enthusiasts and industry professionals around the world are expected to attend, the upcoming Abu Dhabi International Book Fair, ADIBF 2019. The 29th edition of the book fair will take place from 24th - 30th of this month at the Abu Dhabi National Exhibition Centre.

India will be featured as the official Guest of Honour, with much of the fair’s programming dedicated to reflecting and showcasing the diversity and richness of the country’s culture. It includes books on Freedom Struggle and 100 volume series of the Collected Works of Mahatma Gandhi published by the Publications Division.

India’s participation in the fair is expected to attract significant visitor numbers with various events and activities held throughout the entire duration of the book fair. These activations will embrace the fields of literature, culture, art, music, cinema and dance. India’s participation will also provide a chance for investors wishing to explore and capitalise on opportunities offered by Indian groups and publishers that are present in the GCC. In addition, the Indian Pavilion will host Indian writers, authors and literary scholars who will serve as ambassadors for the literature and art of their country.

The fair’s main stage will host some of India’s most talented authors, including India’s High Commissioner to UAE, Navdeep Suri. His book, "Inked in Blood and Spirit of Freedom", will be launched in the fair. The book is a translation into English of his grandfather’s famous poem 'Khooni Vaisakhi', based on his witnessing of the Jallianwala Bagh massacre. Best-selling author Preeti Shenoy will talk about her new book "Wake Up, Life Is Calling". Abu Dhabi-based writer Deepak Unnikrishnan will talk about his new book "To Remember, I Invented People". Author Shri Birad Rajaram will talk about his book "Exploring the Life of the Mahatma". Manoj Das, one of the most respected names in Indian literature, will speak about his book "My Little India".

There is also an exciting roster of hand-picked Indian performers appearing at the fair, showcasing genres from classical music and dance, to Punjabi folk music and much more.  The book fair will feature 1,000 exhibitors from 50 countries, with more than 500,000 titles on display. (AIR NEWS)