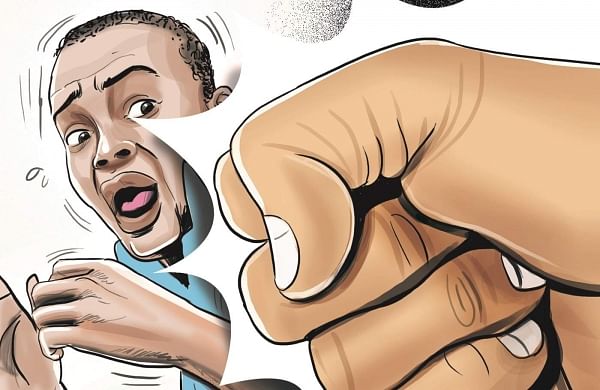 JAISALMER: Three Dalit youths were assaulted after being accused of stealing donkeys in Jaisalmer district, the third such incident to come to light in Rajsthan in recent days.

Five persons have been arrested and three detained after a video of the incident surfaced, police said on Sunday.

The incident occurred on February 15 in Rama village of Fatehgarh tehsil of the district. The youths were thrashed with sticks and kicked by nearly a dozen people for stealing donkeys.

They were later handed over to Sangarh police. "Five persons have been arrested and three minors have been detained so far. A case has been registered in the matter under sections of SC/ST Act and further investigation in the matter is on," Station House Officer (SHO) of Sangarh police station Ugam Raj Soni said.

Similar incidents had come to light in Nagaur and Barmer A chilling video of a man being beaten up brutally in Barmer allegedly for committed a theft had gone viral here, prompting the police to arrest a man and detain another on Friday for their alleged roles in the crime.

The video surfaced on Thursday close on the heels of brutal assault on two Dalit youths on similar allegation of theft in Nagaur.

The Barmer incident occurred on January 29. Police have arrested at least seven persons in connection with the Nagaur case which occurred on February 16.

The Dalit men were beaten up, stripped and tortured by staffers of a motorcycle service agency in Karanu village after accusing them of committing theft.

In the video, a group of men is seen thrashing two persons with rubber belts.

They later dipped a piece of cloth wrapped on a screwdriver in petrol and inserted it in the private parts of one of the victims.

The incidents have triggered a political storm in Rajasthan with the BJP attacking the ruling Congress.

Union minister Arjun Ram Meghwal has alleged that the Ashok Gehlot-led Congress government is unable to rein in crime in Rajasthan.

Meghwal, who is an MP from Bikaner, had accused the police of manipulating the Nagaur case.