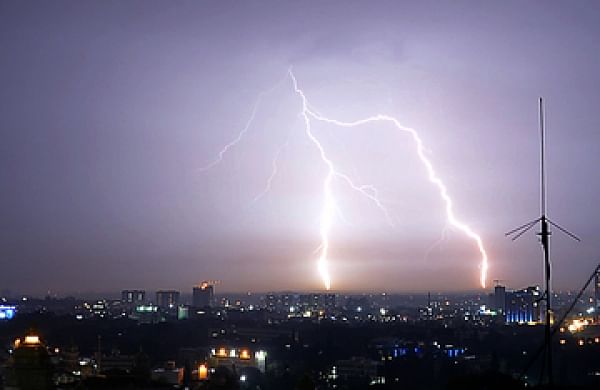 SITAPUR: Three people were killed and seven others injured in separate incidents of lightning strike here on Sunday, an official said.

Sampat (32) and his wife Bhula Devi (30) died after they were struck by lightning while sowing paddy in a field in Semra Nagrauli village.

In another incident in Kevalpurva village, Sanjay (35) and his daughter Shalini took shelter from the rain under a tree and were struck by lightning. While Sanjay died, Shalini was injured, he said.

Three people, including a 12-year-old boy, were injured in Seepatpur village after lightning hit them, the SDM said. The bodies have been sent for a post-mortem examination and the injured have been hospitalised, Maurya said.

The district administration will provide Rs 4 lakh ex-gratia to the kin of the deceased from the Disaster Relief Fund, he said.