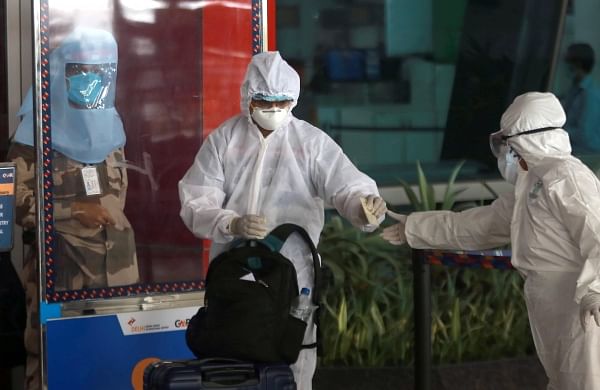 NEW DELHI: With the resumption of flight services, 19-year-old Raibul Sheikh and his two friends, who had not been paid by their employer in Delhi since the lockdown began on March 25, decided to return to their loved ones back home in West Bengal on Eid.

Their joy, however, was shortlived as barely five km away from the Delhi airport, they received a message from the airline informing them that their flight had been cancelled.

Sheikh and his two friends -- Shariful Haq (18) and Mohammad Rafique (19) were supposed to fly to Kolkata on a 5.55 pm flight thus bringing an end to their two-month long ordeal.

The trio, who worked at a showroom in a mall on the Delhi-Haryana border, had paid Rs 2,000 to an auto driver to ferry them to the airport, while their family members had somehow managed to arrange the money to buy airline tickets for them.

However, with the flight getting cancelled and the expensive auto-rickshaw ride to the airport, the migrant workers said they had no money left to return to their accommodation as they stood outside the departure gate with their heavy backpacks.

While domestic passenger flights resumed after a gap of two months on Monday, a large number of them were cancelled across the country.

States like Maharashtra, West Bengal and Tamil Nadu, which are home to some of the busiest airports in the country, were reluctant to allow domestic flight services from their airports, citing swelling cases of the coronavirus infection in their states.

But it was people like Sheikh and his friends who were at the receiving end of the decision. Hailing from Malda district in West Bengal, the three had come to Delhi in search of greener pastures.

They were drawing a monthly salary of Rs 15,000 each but had not been paid for the last two months since the lockdown began.

"I had no work for the last two months and was stranded in Haryana. My family from Malda was sending money so that I could arrange food for myself," said Haq.

The disheartened migrant workers said they had no information about the rescheduling of the canceled flight or if and when will they refunded.

"We were asked to reach the airport four hours prior to the departure of the flight. Just five kilometers before we could reach the airport, we received a message from the airline that our flight has been canceled," Rafique said, adding that he was clueless about what will happen to money paid for the tickets.