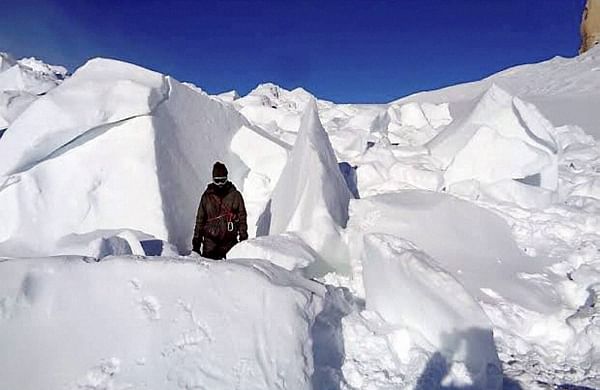 The defense sources said three soldiers were killed and another was missing after an avalanche hit an Army post in the Machil sector along the LoC on Tuesday.

Five soldiers were trapped under the avalanche. The Army launched rescue operations and traced four of the soldiers.

While three of them were declared dead, another was injured and is being treated at a local military facility, the sources said. Efforts are on to trace one missing soldier.

Another avalanche struck a village in Gagangir area of Ganderbal district in which five civilians were killed while four others were rescued, police said.

The avalanche struck on Monday night when the five civilians were passing by the area, they said. The bodies of the five have been recovered.

(THE NEW INDIAN EXPRESS)
208 Days ago